A Concert Hall for SE16

­
Previous Next
A Concert Hall for SE16 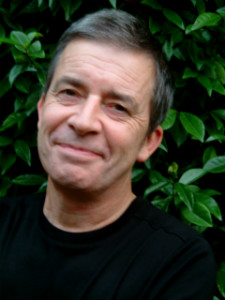 The problem for Robert Hulse – Director of the Brunel Museum – was that everyone who came to the Engine House wanted to see the tunnel itself. Buried some hundred feet below the museum the Thames Tunnel (not remember the Rotherhithe Tunnel which carries cars in a twentieth century construction) now carries the London Overground between Rotherhithe and Wapping. With an operating railway in place, how could Robert give his visitor an experience of the tunnel without disrupting London’s transport system? The solution was to open up the Shaft from which the first tunnel under the Thames (or under any other body of water anywhere in the world) was built. 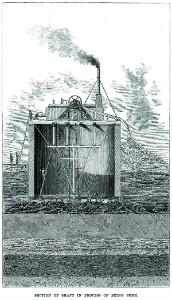 The Shaft is essentially a cylinder driven into the mud and silt of the riverbank starting in March 1825. Having reached the necessary depth, the engineers then dug the tunnel beneath the river and took the spoil out of the Shaft by horse and cart. Today the Shaft is entered through a low doorway and then a scaffolding staircase to a modern floor, constructed only in 2010 when the tunnel was closed for more than eighteen months. The trains that at first ran under the Thames were steam-driven and the smokey residue can still be seen caking the walls of the Shaft today. Today’s Overground rumbles beneath visitors’ feet at regular intervals. 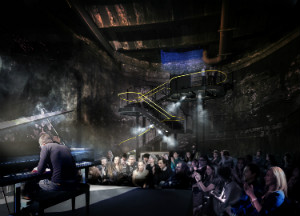 The floor allowed Robert to begin not only showing visitors to the Museum part of the tunnel in person but also to create events for this huge new resonent space. As a result, the Shaft has seen a cavalcade of extraordinary shows from world music to theatre and parties. But the unique space has always brought certain constraints with its charm and atmosphere, not least its inaccessibility to anyone with limited mobility. The very success of the programme of events brought with it an expectation that the space for both audience and performers could be improved along with tackling the obvious access issues. 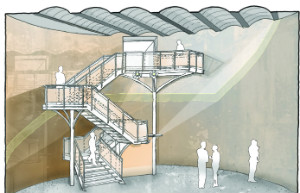 And that is what the closure of the Shaft this winter will allow. The plans which you see illustrated here show the first phase of a two part redesign. A new entrance will provide access to a prefabricated stairway to the floor of the Shaft. The entrance will also give access to a viewing platform at ground level for people to sit who cannot make the journey down the stairs to the main level. The funding has come from the Association of Independent Museums, from Transport for London (who donated half the ticket sales for walks through the Tunnel on two weekends since the Overground opened) and another anonymous trust. 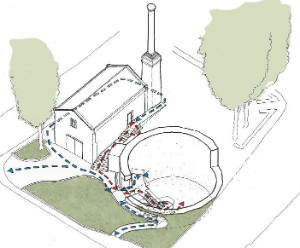 Phase Two is much more ambitious. It creates a pedestrian tunnel between the Engine House and the Shaft together with an extension to the Shaft’s gantry at ground level to allow many more to view from the high level. The idea is to combine the two structures to become a single experience whether you are visiting the site for the heritage or the performances. The second phase is expensive and so raising the money will take longer. The first phase will also give funders confidence that the museum has the capacity to manage the larger second phase.

Much of the work for Phase One is prefabricated and completed offsite. The Museum will remain open throughout the building works, especially for school parties and guided tours. The Midnight Apothecary will be serving cocktails in the roof garden for Hallowe’en, Bonfire Night and Christmas Sing-along (see the Museum website). In Brunel’s day, visitors paid a shilling to visit the construction site, and today visitors taking the guided boat trips and river walks will be able to do the same! Access to the Shaft is by a tiny doorway, to view safe parts of the site in construction. The new Shaft will be open for concerts and parties in early January, including Wassail and Valentine’s Day. Watch out for the new programme of events and shows that will be emerging for the Spring season at the Brunel Museum Shaft!