Ada Salter – Sister of the People

­
Previous Next
Ada Salter – Sister of the People

The unveiling of ‘Dr Salter’s Daydream’ by Diane Gorvin on 30 November 2014 brought the contribution of Ada Salter to the attention of many who had previously only heard her name. The statue of Ada Salter is the first public statue of a female politician in London and only the fifteenth female public statue in the city. It is a testimony to the biased view we have been fed about the achievements of the past and the current need to restore balance in our appreciation of women in our country’s heritage. But Ada was also a first in so many other ways.

The unveiling ceremony on the banks of the Thames was captured on film by our excellent friends Michael and Mike Reardon. The film gives an impression of the open-air event from the perspective of the onlookers and provides a sense of the ceremony that photos and verbal accounts alone never quite emulate. The speakers all expressed their appreciation of the hard work of the Slater Statues Campaign who had raised the money to restore and extend the sculptural memorial to the two great reformers of the early twentieth century. 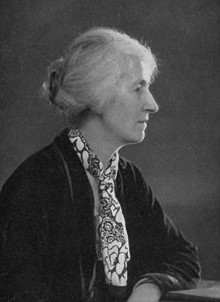 Ada Salter née Brown came to the Bermondsey Settlement in 1897 from a prosperous background. Her talent was in running social clubs for the roughest working-class girls and in this she excelled at the Bermondsey Settlement, then run by the Methodist minister Rev Scott Lidgett. When she met Alfred – then a brilliant student at Guy’s Hospital – he managed to convert her to socialism and they both joined the Peckham Quakers (or Society of Friends). They were married in August 1900 and had their daughter Joyce in 1902.

Alfred’s medical practice in Bermondsey controversially charged nothing to those too poor to afford his care. Both Salters had determined to live in the slums themselves, in order to win the trust of the people they were trying to serve. Joyce could have been educated far away but on principle they chose to educate her locally, though they knew the area was often struck by epidemic diseases. In 1910 Joyce contracted a particularly malignant form of scarlet fever and not even Alfred could save her. They had dedicated their lives to the poor, but it had cost them the life of their only child.

The young couple joined the Liberal Party initially and in 1903, Alfred was elected to the Metropolitan Borough of Bermondsey and then in 1906 to the London County Council (LCC). When women were given the right to stand in 1907, Ada became the first woman Councillor in Bermondsey and later the first Labour woman Councillor in London. In 1922, Ada was the first female mayor in London of any party. As part of Kier Hardie‘s Independent Labour Party, Ada brought together the women’s movement and labour. She spread ground-breaking ideas of urban development through her place on the LCC from 1925 and took her emphasis on the role of planting to all corners of Britain through chairing the National Gardens Guild. 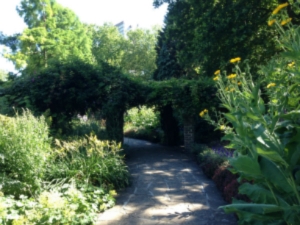 In Bermondsey and Rotherhithe, Ada headed up the Beautification Committee which was responsible for covering the borough with trees, plants and playgrounds. The replacement of old tenements with model housing that is both healthier and minimised housework proved a lasting legacy of the Salter’s work. Ada brought together her commitment to international peace with her passion for justice and the rights of women when she was elected President of the Women’s International League. Here she worked closely with Jane Addams – nobel peace laureate – to further the cause of global peace between the wars.

Ada died in Dec 1942 and left Alfred to work on as MP for one of the greatest targets of the Luftwaffe’s bombs. He lived on alone but much in grief for a further three years. Ada’s legacy was substantial but for decades has been overshadowed by Alfred’s. In Ada we see a woman who could stand with the best of her day and create a fundamental shift in perspective through her tenacity, commitment and undying passion for the poor. Today she is remembered in the Ada Salter Garden that provides a quiet oasis in the midst of Southwark Park. And now with a statue on the bank of the Thames!

‘Ada Salter: Pioneer of Ethical Socialism’ by Graham Taylor is due for publication on 1 May 2015