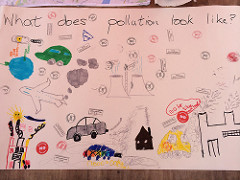 We’ve all become only too aware of the lack of transparency in the vehicle industry over diesel exhaust emissions. In September 2015, Volkswagen confessed to using a device to cheat US NOX emissions tests. Now the subject of air pollution is beset with complex standards and different forms; it can all become rather opaque. The key car emissions that should concern us are the oxides of nitrogen (NO2 and NO), particulate matter (fine particles measuring 2.5 micrometres or less (PM2.5) and respirable suspended particles measuring 10 micrometres or less (PM10)) and carbon monoxide (CO). (Carbon dioxide (CO2) is a different gas that’s much more hazardous to the environment than to human health. Vehicle tax rates are based on the different levels of CO2 produced by different cars.) 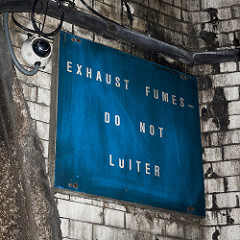 In London the main threat to our health comes from PM2.5 (fine particulates) and NO2. Of course particulates are naturally occurring produced as dust or ejected from volcanoes but the concentrations of particulates produced by humans is far greater and creates a huge health burden on our population. A 2015 study from Kings College London commissioned by Transport for London and the Greater London Authority found that over 3,500 deaths were caused in London in the year 2010 by long-term exposure to PM2.5. The same study estimated that long-term exposure to NO2 lead to over 5,875 deaths in 2010. In the past London was known for its “pea-soupers”, greenish fogs so dense that you could not see a metre ahead of you in your own home. Today the invisible pollution from car, bus, lorry and van exhausts is killing many more people than died in the worst pea souper.

Many people have become aware of the death toll from our city’s air pollution. But what can we do to halt the deaths from this hidden foe? A first step is to find out more about the levels of pollution we are facing in SE16. Since 1995, responsibility for monitoring our air lies with the environment department at the London Borough of Southwark. Their Air Quality Strategy is due to be updated in 2017 and under it an Air Quality action plan and progress report is published every year. The closest monitoring point is roadside on the Old Kent Road just outside SE16 and this looks at levels of NO2 and PM10. At the London Air site below, you can discover what the current reading is and what have been recorded for that location since 2010. 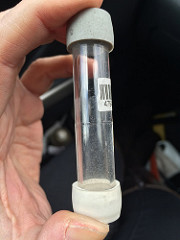 The development of cheap and reliable technology has encouraged lots of groups across the world to take the initiative in their own hands. After all, our health is a concern for everyone! So ‘citizen science’ has been born, a collective term for all those participative methods that enable the collection of data and its analysis by ordinary people. Air quality monitoring has been one focus of that effort and many groups across the country have been collecting data on the pollution in their community’s air for over a decade.

As part of this effort, we have teamed up with Mapping for Change, who work with groups and organisations who want to understand, improve and produce information about the places that matter to them. Now they are supporting I Live in SE16 to measure and map our local air quality. Use of a ‘citizen science’ approach means that local residents here can collect data, then see the real results of our monitoring activities, and even start a campaign to see the results addressed. On the afternoon of 2 March a small group of volunteers will be going out to six key spots in SE16 and mounting NO2 diffusion tubes by the roadside. After a month they will be out again collecting them in and we will publish the monitoring results online.

If you would like to join the monitoring group, get in touch shout@iliveinse16.com by Tuesday 23 February