In SE16 we have an amazingly creative community. All sorts of cultural and artistic activities flourish across Bermondsey, Rotherhithe, Surrey Quays and Canada Water. Below we have collected together a range of articles from the website that tell the story of many of those creative ventures. If you know of more arts and culture that should be included here please let us know. Just write to shout@iliveinse16.com and we will make every effort to include new aspects of the arts in SE16. 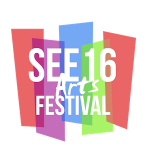 In February 2016, we ran the SEE16 Community Arts Festival. Over 30 events were held over the long weekend in seventeen venues. Hundreds of people filled the seats at concerts, plays and gigs. Loads of children of all ages got stuck in making music or art themselves. We had a great time and hope to repeat the festival in 2017.

With the opening of the Rio Olympic Games days away, many in SE16 are casting their minds back four years to the drumming at the amazing London 2012 Summer Olympics in July and August. On 27 July [...]

Ed has been one of the best known of our local artists for some years now. Born in Putney and now based in Rotherhithe, Ed is increasingly recognised as one of the great contemporary painters [...]

Making historic buildings beautiful is the task of the original architect and specialists in stone restoration. Stone Edge have been part of SE16 for four years now, a conservation and restoration company working on listed [...]

Brunel for the Twenty-First Century

The Brunel Museum in Rotherhithe has been given a make-over. With an investment of £176,000, the museum can now host 120 people in its new accessible display space, the Grand Entrance Hall. A pre-fabricated staircase [...]

Artists tell the story of SE16

Painting and writing have accompanied the development of SE16 through the centuries. The pictures of the past painted both by wordsmiths and artists give us a rare glimpse of their world. The author offers us [...]

In 1620, a typical English merchant ship of the early 17th century called The Mayflower – like many similar cargo vessels of its day – sailed from Plymouth for America. It was not particularly well [...]

Mudbus comes to the Farm – again!

“I just love to give people access to clay. The experience of moulding clay to your vision is quite magical.” Sharon Virtue is a community artist and local resident. She’s been working with clay and [...]

A New Bridge for Rotherhithe

“We know there will be a new bridge across the Thames between Rotherhithe and Canary Wharf,” says Nik Randall of reForm Architects. “The question is what design will be chosen, how long it will take [...]

Each day, the Earth turns on its axis bringing the sunrise to every part of the globe in an endless sequence. The daily miracle of nature’s response to that event, we call the dawn chorus [...]

It’s an idea from Australia and it’s all about using the skills developed in lifetime to create and recycle. The Rotherhithe Shed is part of a global movement that is offering social and practical support [...]

Graham Taylor has been a chess player since early days. Following a career as an economics and history lecturer in higher education, Graham has become the driving force behind the Canada Water Chess Club which [...]

Making a Difference to Bermondsey

Review of Ada Salter: Pioneer of Ethical Socialism (2016) by Graham Taylor What are we to do with politicians these days? So many people are turned off the political world by the high-handed, petty, unprincipled [...]

Jane Deakin has become a settled part of Rotherhithe life. “It’s been more than 30 years since I first moved in round here,” she recalls. “Back then, the area was very different and I started [...]

A New Theatre for Rotherhithe – perhaps

Many people have been saddened to see the Pumphouse at Lavender Pond left empty and vandalised since the Museum closed in 2011. Now the LB Southwark have launched a search for the next phase of [...]