­
Previous Next
Auction against Hunger – 26 May

Canada Water is currently enjoying Hawker House – an amazing weekly festival of street food – held on Fridays and Saturdays just a short walk from Canada Water station on Surrey Quays Road. Next week, they are holding their fourth Auction Against Hunger on Thursday 26 May, a collaboration between humanitarian organisation Action Against Hunger and the hosts Street Feast. They are promising their guests the World’s Greatest Menu for one night only! 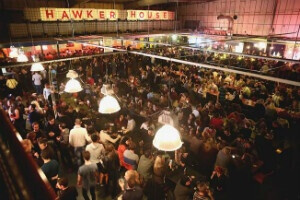 Over the past three years, Auction Against Hunger has raised over £320,000 to help support Action Against Hunger’s work saving the lives of malnourished children and providing families with access to safe water and good nutrition. Tickets to this year’s event offer entry to the event, six dishes from the menu and drinks from Kamm & Sons, Sipsmith Gin and Wondering Wine Company, amongst others. All proceeds from ticket sales go directly to the charity.

Action Against Hunger is an international humanitarian organisation committed to ending child hunger. Recognised as a leader in the fight against malnutrition, Action Against Hunger works to save the lives of malnourished children while providing communities with sustainable access to safe water and good nutrition. Last year, Action Against Hunger helped over 13.6 million people in over 40 countries every year. Their registered offices are in Greenwich. 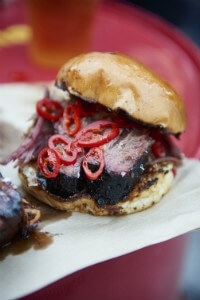 Since launching in 2012, Street Feast has transformed derelict and disused spaces into unique eating and drinking environments, all bringing great street food, brilliant booze and vibes to people around London. From car parks to old markets and rooftops to office blocks, Street Feast has taken over locations across the capital including Dalston, Haggerston, Lewisham, Canada Water, Battersea and Bermondsey, with loads more exciting plans for the rest of 2016. 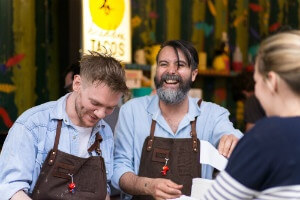 As well as a silent auction throughout the evening, guests can bid on some brilliant experiences in a live auction hosted by Christie’s. Some of the night’s lots include dinner cooked at your house by The River Café, a £1,000 Rum Bash in the House of Bamboo at street food arena Dinerama for you and up to 20 friends, a Sake Dinner at Shackfuyu for 14 people hosted by Ross Shonhan and an 8-course tasting menu for ten people at Hakkasan, hosted by Chef Tong in their private dining room.

It’s great to see such an extravagant effort to raise thousands for a great cause on our SE16 doorstep. We wish the organisers and especially Action Against Hunger the very best for this fantastic night!

Sadly all tickets have now been sold so if you want to donate, you should visit actionagainsthunger.org.uk