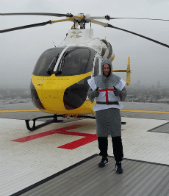 Dave Cooke loves a challenge. He’s not one to take on a marathon without making it difficult. This time, he’s aiming to beat a Guinness World Record! On 24 April, Dave will be attempting to run the London Marathon 2016 in chain mail in under 5 hours 50 minutes! “I know it’s mad,” said Dave ”but when you get to know the guys at the London Air Ambulance – whom I’m running for – you know it’s such a good cause. We would literally not have an emergency response aerial medical service without a huge fund-raising effort each year.”

Dave is the operations manager for Bacon’s Community Sports Centre. Built as facilities for the school during week day-time in term, the centre is open for community use seven days a week in the evening (18:00-22:00 M-F) and daytime at weekends (10:00-19:00 Sat / Sun). Dave has been involved with the Centre for over two decades but arrived in his current post in 2001. “It’s an amazing job,” explains Dave. “Every day is different and there are new challenges every week. The diversity of the job seems never ending. We cater for local groups and corporates; we run huge wedding receptions and small group training events; we have some great clubs based here and our Christmas Day lunch for local elderly is such a fantastic event.”

“…We have lots of clubs that have come here to test the ground and found a real home; they’ve stayed and thrived in our friendly atmosphere…” 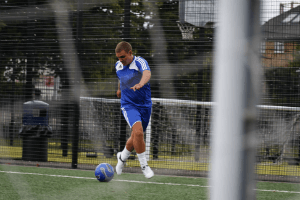 “The sports side has really taken off in the last five or six years. In 2010, we took on the adjacent Mellish Fields – a 3-hectare, green-field site protected as Metropolitan Open Land – and raised the money to transform it into a high quality school and community sports ground. The development was really helped by investment of £850,000 by the Football Foundation and as a result, we have been able to meet the demand of the day for more football pitches. Indeed, we have housed Docklands Junior Football Club since then. Our third generation astroturf football pitch sits alongside tennis and netball courts whilst indoors we have a well-used gym and can offer indoor football, basketball, volleyball and badminton. In the summer, our astroturf transforms into a cricket pitch. We also have athletics facilities for long jump, high jump, discus and shot put. We are resurfacing our four tennis courts this summer so later in the year, we will have an even better tennis offer.” 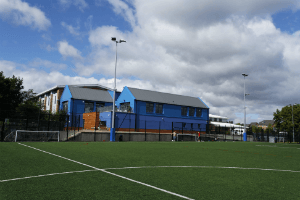 As well as football, the Centre hosts a range of other clubs and groups who keep the place buzzing every day with plenty of opportunities for locals to join in. “We’ve a local cricket league in the summer months, tag rugby over the autumn to spring. We’ve great badminton players here – especially our Chinese players – and we boast London’s premier women’s Ultimate Frisbee club and the current European champions in Iceni Ultimate. London Docklands Volleyball Club play here and Dulwich Hamlets FC hold their development academy at the Centre. Our netball and table tennis sessions are thriving! We have lots of clubs that have come here to test the ground and found a real home; they’ve stayed and thrived in our friendly atmosphere. The costs run from £4 a day to use the gym to £130 an hour for the 3G AstroTurf pitch; we’ve always charged by the facility, so the numbers participating are irrelevant to the cost. A family can take a badminton court for £8.50 an hour and everyone can join in for no extra cost.” 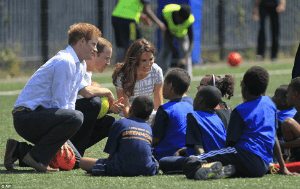 “We are also able to hold special events here. Our conference facilities offer great value and we cater for functions in our hall regularly. Indeed, we have been privileged to welcome royalty to the Centre in 2012. We launched a sports apprenticeship scheme with Greenhouse Sports with the support of Kate and Prince William as well as Prince Harry. We were immensely proud of the opportunity to show off our facilities for the press and national figures that turned up. And the Premier League in 2013 was launched with the theme of community football using our Centre. It was broadcast live on Sky Sports News and included a match between Manchester United’s and Tottenham Hotspur’s Under-18 Premier League Kickz teams. Even more important each Christmas Day, we host the Southwark People Care Association to provide a celebration meal and entertainment for more than 200 local older people who would otherwise be alone on that day.”

“…If you want to run a session in our building, just get in touch and we can see when is best…” 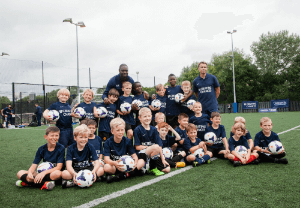 Alongside the sports, Dave also manages the space for numerous other social activities. “Little Bunnies run mandarin classes for 3-7 year olds on Saturday and Sundays in term time. We have a Russian school that meets at the Centre on Saturday afternoons from 13:00-15:00. We welcome The Challenge – who deliver the National Citizen Service to 16-19 year olds – each week giving young people the means to relate to their community and change things for the better. The Girl Guides meet each week in the Centre and we have lots of openings for more community use of the facilities. If you want to run a session in our building, just get in touch and we can see when is best.”