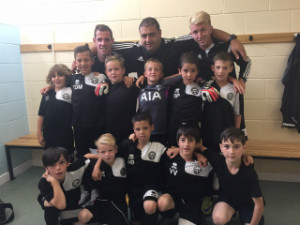 Success for many youngsters is seen through the eyes of football excellence. The adulation of the crowds, the princely sums paid as salaries and the lifestyle options all make for a heady mix when a lad hopes to make it in football. Jamie Mehmet as the Manager of Ballers Academy is much more down to earth. Being a local born-and-breed, his mix of clear leadership, strong vision and skilled coaching gives the girls and boys who work with him a realistic idea of how footballing stardom is made. And several have indeed already been set on the road to success, signing for professional clubs and moving on to professional academies. 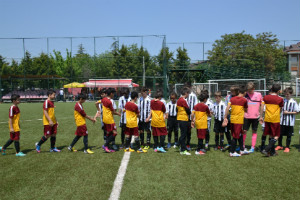 In Istanbul vs Galatasaray S K

Jamie has a passion for football. In 2003, he founded the Docklands Junior Football Club that continues to perform at the highest level across the London area. Indeed last year they won the London Cup, the Selkent Junior Football League and the League Cup in one season. He has given local children a real sense of the global game by organising summer tours to St Mirren, FC Porto (Portugal), Valentia (Spain) and Galatasaray, Istanbul (Turkey) and last year to Chicago Fire (USA). Taking the team such distances opens their eyes to the wider world as well as giving them a memorable experience of the professional game.

“…his mix of clear leadership, strong vision and skilled coaching…” 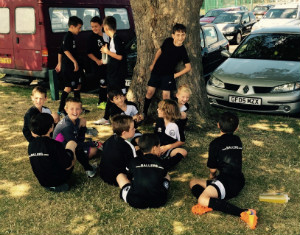 But Jamie and his team of coaches are all fired up to bring on the potential of every kid who joins the academy. Now based at the Dockland Settlements Centre in Rotherhithe, they work with players aged 3 to 16 years old and push each to reach their full potential. With up to 200 players each week, they are busy with two sessions each weekday and three on Saturdays as well as playing home and away matches. The coaches are currently running a Summer Camp for three separate weeks in the summer holidays as well as other holiday camps. Their new innovation is adult fitness sessions as well to help dads (and some mums) get fit enough to play with their kids! 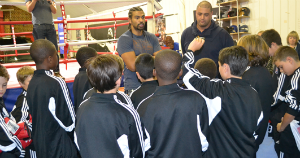 Jamie talks fast about the six professional signings they made last year with West Ham, Millwall and Tottenham. He wants to see how the roles the academy currently plays for their boys can grow from coaching to mentoring them in the professional game to acting as their intermediary with the clubs. His own brother is a professional in the Malaysian Super League and he wants to see how those who have followed him into the professional game can be encouraged to stay in touch and use their experience to feed back into the junior game through Ballers. 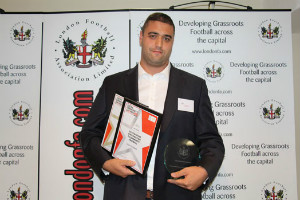 Coach of the year 2013 & Outstanding Contribution to Community Football

And Jamie has hit success himself. He has been awarded FA Coach of the Year 2013 and the Football Association made him one of 150 people recognised as part of their 150 year celebration. In October 2013, Jamie even received the FA150 award for exceptional service to grassroots football from Prince William at Buckingham Palace! A former travel agent, Jamie has always worked for himself but now works full time managing the academy. As he says himself, “I just want to see the players succeed, to do all they are capable of, to exceed their own expectations and celebrate their team work.” 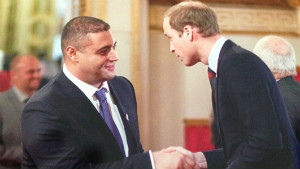 To find out more about the Ballers Academy, visit their website ballers.london