Craft beer is lovingly made in small independent breweries around the world and SE16 is one of the best-known UK centres of this craft. Employing traditional methods, our breweries have built on the long tradition of brewing in Bermondsey but moved from the riverside to the railway arch. Today’s SE16 brewers are still making bespoke beers from grain, yeast, hops and water in vats but now beneath the rumble of the rail traffic into London Bridge. 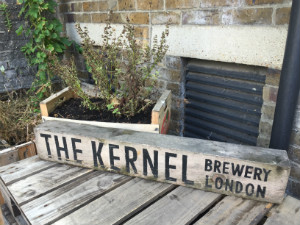 The oldest of the microbreweries is the Kernel that opened in 2009 and it was they who started a tap-room opening on Saturdays to serve their fine beers to the discerning public who passed their doors to visit the other local food outlets such as Neals Yard Dairy and Monmouths. They now produce pale ales, IPAs and old school London porters and stouts from their premises near Jamaica Road. But sadly they have recently closed their Saturday tap-room, now only selling beer to enjoy at home. 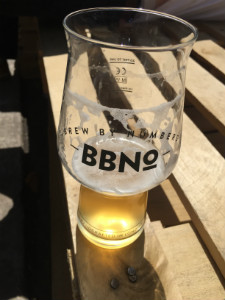 Their near neighbour Brew by Numbers (BBNo) however has a strong interest in showing off their beers on tap and made on the premises; they offer the chance to meet the brewers themselves and learn more about the beers and the brewing process. Each Saturday, they open between 11:00 and 17:00 and sell their beer to drink in the open air. 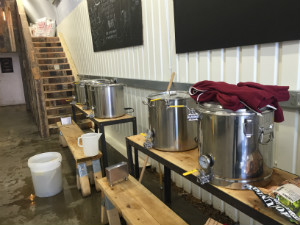 Nearby there is a new style of microbrewery. U Brew – as the name implies – allows you as a member to brew your own beer in their equipment, with help from the community and storage in the railway arch. Each brew is the creation of one mind (or two) and can draw on a wide range of ingredients and traditional methods. U Brew offers the chance to learn the craft at courses run most weekends and you get to bottle your own beer when it’s ready. If you just want to taste the results of other people’s efforts (or your own), then you can sit out in the ‘garden’ and buy some fine craft beers on a Saturday here too.

…lovingly made in small independent breweries… 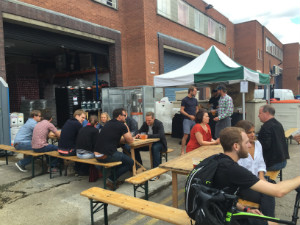 Fourpure is near South Bermondsey station, found in the trading estate and by passing under the railway. It is located in an industrial unit and so offers lots more space for food and drinking on a Saturday. Since 2014, Fourpure have canned their core range of beers, a first for UK craft brewery; as a family business, they today produce a pils, a Pale Ale, two IPAs, an Amber Ale and a stout whilst also releasing seasonal beers in keeping with the time of year. 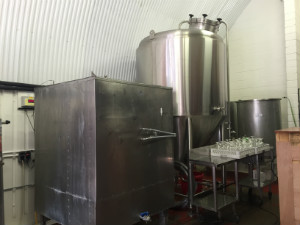 Partizan is once again under the rail arches but this time near the Blue. The head brewer Andy Smith started with a brew kit from the Kernel making cheap beer at home and now the brewery sells bottled beer across the UK and online. Their bar is open on Saturdays 11:00-17:00 and you can either take the beer away or drink it from the source. 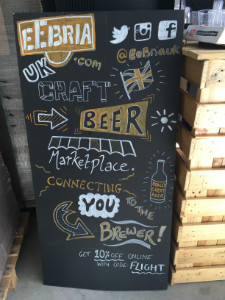 Just a few doors down is Eebria, the new kid on the block and technically not a microbrewery at all. Instead, Eebria provides an online cornucopia of craft beers from across the UK. Each Saturday from September, they will open their garden and serve beers from a different producer. David Jackson their CEO is very visible and willing to advise on the wide range of beers they stock. If you make an order online, the beers are delivered straight from the brewery itself, as fresh as possible. As part of the Eebria Discovery Club, you can have a regular delivery every month, bi-monthly or quarterly of a selection of craft beers to enjoy at home. And of course you can order beers from all the SE16 breweries from Eebria as well!