Brunel for the Twenty-First Century

­
Previous Next
Brunel for the Twenty-First Century

The Brunel Museum in Rotherhithe has been given a make-over. With an investment of £176,000, the museum can now host 120 people in its new accessible display space, the Grand Entrance Hall. A pre-fabricated staircase gives audiences access to the unique space that was once a pioneering engineering project. In the hands of Marc Brunel, the architect of the Thames Tunnel that today carries the Overground trains beneath the auditorium, the shaft – and the tunnel it allowed to be built – was a wholly new idea. It came with risks and many people were killed in the tunnel’s construction but in many ways, it paved the way for our modern world.

Marc Brunel was a French refugee. It’s an idea that today sounds ludicrous but in the days of revolution, Marc Brunel’s royalist temperament brought him only risk of imprisonment and execution. He fled France for New York at first and got involved in canal building there. But by 1799 aged only 30, he left for London to find his English sweetheart. He settled for the long-term, bringing his innovative mind to bear on a major technical problem of the day: how to automate the production of wooden pulley blocks. The Royal Navy relied heavily on thousands of blocks each year produced by 150 skilled craftsmen; since ships of the line might leave hundreds of broken blocks behind each journey, this was a costly approach. Brunel invented a solution: a machine that could mass-produce 130,000 blocks a year and needed only 30 unskilled workers to run! Well before our digital age of autonomous robots, Brunel was devising new ways of reliable and efficient manufacture for his own day.

“…He set about raising the funds and finding sponsors to make another attempt at the impossible, tunnelling under a major river…” 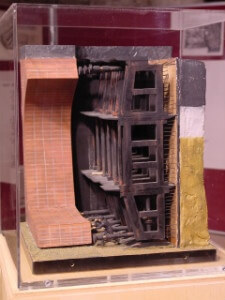 Brunel’s entrepreneurial spirit was only sparked by such success. He had already come to know the shipwrights of Rotherhithe and knew this was the place where technical know-how met global ambition.  Rotherhithe’s foreshore was the engineering and commercial centre of England’s global trade – the Silicon Valley of its day! At war with France, the docks were critical to the country’s success. And a problem lay waiting for a solution in Rotherhithe: the Thames Tunnel. An attempt had been made in 1805-09 to link the docks on each side of the Thames but it failed. By 1818 – when Marc Brunel patented his ‘tunnelling shield’ – his mind was already working overtime to overcome the problems faced. He set about raising the funds and finding sponsors to make another attempt at the impossible, tunnelling under a major river.

By February 1825, he was ready for the attempt. Digging down more than 16m into the soft clay and quicksand of the riverbank was a huge challenge. How to stop the cliff of damp clay from collapsing? Ingeniously Brunel constructed the entire shaft on the surface first, a huge 1,000-tonne masonry drum, held together by chains and set on a slicing iron hoop. The workmen used their shovels, buckets and block and tackle to remove the earth beneath and inside and slowly this immense cookie-cutter sank through the clay. The floor level of the enclosing shaft was soon below the level of the Thames and they only stopped when the whole massive edifice had sunk below ground. Then in November, they could begin to tunnel horizontally.

“…Charging visitors a penny each to walk below the Thames for the first time, he drew crowds of 2 million a year to see this “eighth wonder of the world.”…” 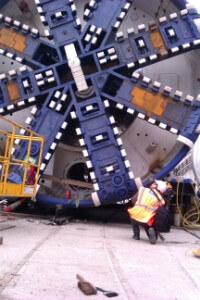 The approach they took is essentially that used to bore the Crossrail tunnels using eight huge TBMs (Tunnel Boring Machines). Working in terrible conditions, Brunel’s workmen – each set in a cell against the face and working by oil lamp – dug away the clay exposing a few feet of wet earth. At each stage the exposed sides and arch were immediately reinforced with brickwork and another bite was taken from the underwater passage that began to emerge. Moving forward at only 3 or 4 metres a week, the workman were dependent on wheelbarrows to remove the spoil and once back at the shaft the spoil was hauled up by block and tackle to waiting carts. The sewage from the Thames above seeped into the tunnel and produced flammable methane. In 1827, the tunnel flooded and Brunel used a diving bell to plug the hole with clay. Again in 1828, a flood stopped work and financial problems led to the project being abandoned for seven years. Starting up again in 1835 with an improved shield, Brunel finally finished the tunnelling – after a further four floods – in 1841. It took a further 16 months before the tunnel was opened to a paying public.

‘Entrance to the Thames Tunnel at Wapping London’ 1836 Anonymous ©BrunelMuseum

Reborn as a showman

Whilst the tunnel had taken nearly 18 years to complete, the dogged Brunel was now at 74 years old to show a further facet to his character. Whilst cost prohibited the proposed road access, he turned the tunnel from a simple walkway into a place of entertainment and commerce. Charging visitors a penny each to walk below the Thames for the first time, he drew crowds of 2 million a year to see this “eighth wonder of the world.” Food and drink were on sale, books and pamphlets were available and music was played on a huge organ. Circus acts performed and fairground booths entertained. The walls of the Entrance Hall presented paintings and objects of interest for the visitor to admire whilst on entering the tunnel itself, the visitor was able to window-shop at numerous counters selling souvenirs. Brunel had transformed his engineering masterpiece into a shopping centre and become an impresario in the process!

“…Well before our digital age of autonomous robots, Brunel was devising new ways of reliable and efficient manufacture for his own day…” 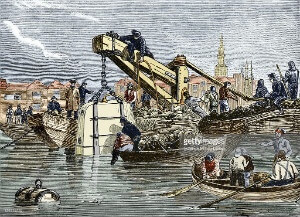 Of course, the tunnel’s future was star-spangled. After Brunel’s death in 1849, the tunnel was purchased in 1865 by the East London Railway Company and became the very first underground railway in 1869. The amazing capacity of Marc Brunel to achieve the impossible is striking, as a refugee from an enemy state, with few credentials to his name. But still more amazing is the way our modern world has been shaped by his insights and innovations. Today we think nothing of travelling at speed through underground tunnels under water and land; we know our goods are manufactured in automated factories of enormous size and ambition; we celebrate entrepreneurs who move from one initiative to another bringing their sharp business sense to each. Marc Brunel invented the way for humanity to burrow beneath the earth but he did a whole lot more for which we can be thankful today. 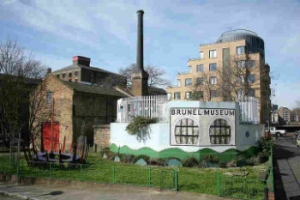 We are immensely grateful to both Robert Hulse – Director of the Brunel Museum – and Suzie Bedo (researcher) for help with this article.