­
Previous Next
Drumming against Cancer: ‘Champion’ 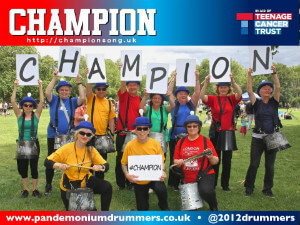 With the opening of the Rio Olympic Games days away, many in SE16 are casting their minds back four years to the drumming at the amazing London 2012 Summer Olympics in July and August. On 27 July 2012, the country was rocked by the spectacle that was the Opening Ceremony held at the iconic Olympic Stadium across the Thames in Stratford. Huge numbers of performers took part that day having practiced and rehearsed for months in complete secrecy. London was made proud when the event was watched by nearly 27 million in the UK alone. 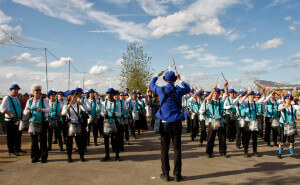 SE16 were able to be especially proud when screens across the world were filled with the Pandemonium Drummers, led by Tim Neumann local resident. A thousand volunteer drummers of all ages and backgrounds were the beating heart of the ceremony and provided a huge rhythmic backdrop to the ceremony. Pandemonium Drummers have gone on from their Olympic drumming success to perform at over 150 events in the last four years, ranging from the FA and Champions League Cup Finals to community and charity festivals. They performed to packed houses in the Brunel Museum Grand Entrance at the SEE16 Arts Festival in February 2016. 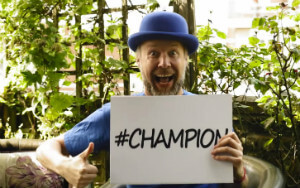 Now to celebrate the legacy of the London 2012 Summer Olympics, the Pandemonium Drummers have brought out a new charity single and video Champion. Released on 27 July to coincide with the fourth anniversary of the opening ceremony, Tim and the Drummers have teamed up with Basement Jaxx’s Felix Buxton, featured vocalists Brendan Reilly and Vula Malinga, plus Melissa Cavanagh from The Voice, amongst others.  An anthem of unity, hope and positivity, the single is written by one of their own Denis Fernando and has been produced by Felix Buxton of Basement Jaxx. The drumming track and video are raising money for the Teenage Cancer Trust. 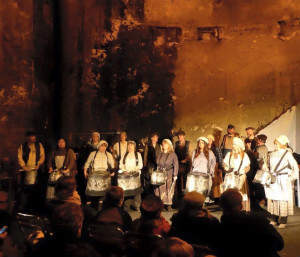 Tim is an advocate of the benefits of music in young people’s lives. “We have dedicated the song to the late Stephen Sutton MBE, who performed with the drummers at Wembley Stadium in May 2013, fulfilling a bucket list goal, and made headlines around the world after raising millions for the charity. We know how much music can mean for people facing difficulties of all kinds and we know that this single will raise money that is sorely needed to fight cancer for teenagers.”

Here is a link to a video trailer for ‘Champion’ which is available for digital purchase on Wed 27th July.
https://youtu.be/1tumILIaADI 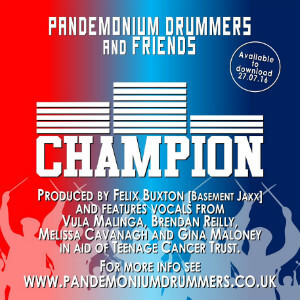 If you want to download the video or the single you can get it from iTunes, Google Play or AmazonUK