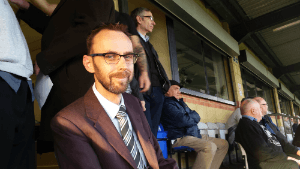 Ever since Fisher Athletic went under and the new club – Fisher FC – emerged in 2009 owned and run by its supporters, Ben Westmancott has been keenly involved. “I remember looking after the tannoy at the old ground,” says Ben. “I would sit at home each week and mix some music on cassette for the interval. It was a different time then!” Since 2011, Ben has been the chair of the club and so has seen them through quite a journey.

Meeting for coffee at Canada Water Café, I started by asking Ben about how the new club differed from the old. “We were determined from the outset to be really part of the local community in Bermondsey and Rotherhithe. We adopted a bit of a punky image and were committed to challenging some received conventions. We want to give everyone an equal access to the club and our resources and to make a positive impact on SE16. We were not able to play regular matches in the area but we knew we had to find a way to come home.”

“…We want to celebrate our return to Rotherhithe and Bermondsey in style. We know there are people with great ideas and a few hours to make them happen later in the year…” 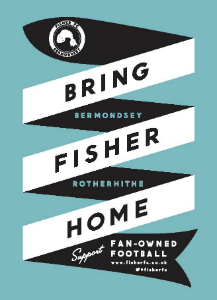 Getting the green light

“The old ground on Salter Road was put up for sale and we made it our business to negotiate a partnership with Fairview who bought the land for development. Our trump card was that the land was under covenant to be used for Fisher,” explained Ben, “and so they had to make provision for us somehow. With the help of the local authority, we gained access to the St Paul’s Playing Field almost opposite the old ground and agreed a deal whereby Fairview built us a new ground there. It was a protracted process but having got support from the Football Foundation in 2014, Fairview put in planning applications for both schemes and in 2015, the proposals were agreed. We could start again!” 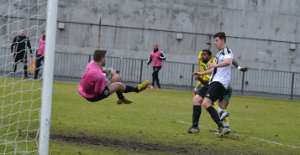 “Now the pitch is all ready and we expect to see the whole community sports facility handed over by the contractors to the local authority very soon,” says Ben. “As we’ve had an involvement in the site meetings and some design input, we know what the facilities will be in detail; first the 3G pitch will need to undergo ground grading which includes a ‘bouncability test’ to ensure we meet requirements to play in competition. We’re still not sure when we will be taking up residence in the facilities but we’ve already a plan of weekly and monthly sessions to open the facilities up for the whole community. We will be rebuilding our youth teams and founding new women’s, children’s and disability teams and even a walking football team too; our emphasis will be on promotion of health and well-being across the whole age range. During the school terms, the weekdays will be full with school groups and we’ve already drafted a usage schedule for evenings and the weekends. If you’ve a good idea, then let us know and we can see if the space can be found.”

“We are proud to be a member-owned and –led club and this means that we have to find people from all walks of life and every age to contribute to the next phase. Everyone can get involved! You might be able to sell raffle tickets in your local pub. Or you could volunteer to run the shop on match days or sell programmes. Or you could become one of our fine ball boys or girls, caring for the kit and keeping close to the action. Or you might join our board; we are currently looking for people with financial and legal skills to add to our engaged and active board. We want to celebrate our return to Rotherhithe and Bermondsey in style. We know there are people with great ideas and a few hours to make them happen later in the year; get in touch and together we can really make Fisher’s homecoming bright!” 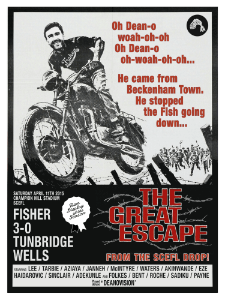 [Photos of first team recent fixture against Ashford United by Alan Coomes; posters by Jevon Hall; used with permission and thanks]