­
Previous Next
Four Developments in Rotherhithe

The community of Rotherhithe is facing a wide range of developments – small and large – at the present. Some are already underway, some have been given planning permission and are waiting to start and others again are making application to the planning authority. Here we bring you news on four of those developments. Each has a forthcoming meeting, exhibition or information evening. 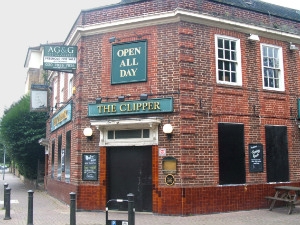 We have covered this application for planning permission before here. The owner / developer McCullochs of Bromley Kent want to demolish the pub and build a four storey block of six flats with  a retail unit on the ground floor. The application was considered at the April planning sub-committee and the decision postponed to allow the committee to make a site visit.  In the interim, the Save The Clipper campaign nominated the building as an Asset of Community Value (ACV). Sadly this was not successful but a second nomination was received by the Council on Wednesday 1 July. That evening, the application was considered for a second time by the committee and after two hours of evidence and discussion the application was rejected.

The result is that the developer has now to consider whether to appeal the decision, to return with a revised planning application or to sell the property without planning permission. If the second ACV nomination is successful and the property put on the open market, the community would be able to express an interest in purchasing it and the developer would then be unable to proceed with the sale for six months. This moratorium would allow the community to raise funds to bid for the property on the open market and the owner would decide to sell to the best bid, not necessarily the community one. If all this were a successful chain, then the community would have an asset in its hands that would need to be operated for community benefit as a pub or for another purpose.

Clearly the decision of the committee on Wednesday last was an important step to preserving the Clipper for community use. However there are many steps still to be completed to ensure it plays its full part in Rotherhithe community again. If you have good ideas for how the property – were it to come into the community’s hands – might be used for community benefit or if you would like to help raise the funds to purchase the building, please come along to the next working group meeting at 19:30 on Wednesday 8 July at the Blacksmith’s Arms SE16 5EJ

Please join the Save The Clipper group on Facebook and add your voice to others.

Join the working group on Wednesday 8 July at 19:30 at the Blacksmith’s Arms SE16 5EJ 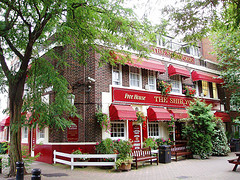 In April 2014, planning permission (13/AP/3839) was granted for the Ship York Rotherhithe Street to be demolished and a new building comprising eight two-bed flats and a ground floor bar to be erected. In November 2014, the landlords since 1997 Dussel and Lorraine Charalambous decided to close the doors and sell up, as the business was no longer making money. Now after several months of the property being used for various purposes, Co-operative Foods have made a proposal to open a convenience store on the site and they are holding a exhibition to present their ideas before seeking a variation of the original planning permission. It will be at the Dockland Settlements Community Centre at 17:00-19:30 on Monday 6 July. If you have views about the implications of a new convenience store in that location, please get along and let the developers know your concerns. 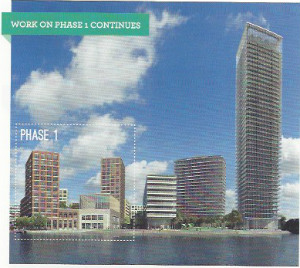 Many people in SE16 will have seen that construction has started on the site and the first of the two Decathlon sheds has now been demolished. This forms the first phase of a larger redevelopment of the three sheds and ancillary car parks on Surrey Quays Road formerly occupied by Decathlon and the What! Store. We wrote about this development here. The developers are Sellar Developments and Notting Hill Housing and they have just issued the second in a series of community newsletters. An information evening will be held at the Canada Water Library on Wednesday 22 July 17:30-19:30. If you want to know what is happening and how the phase will develop, please spend a little time getting along to the information evening.

Find out more at the information evening on Wednesday 22 July 17:30-19:30 at Canada Water Library 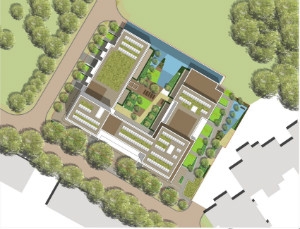 London Square submitted a planning application (15/AP/2217) on 2 June following their consultation exhibition in May 2015. We have written about this application before here. The plan shows they are intending to demolish the existing building and erect a 4-7 storey building plus basement comprising 94 flats and commercial floor space. If you want to get in before the planning application is decided, you can attend their exhibition TOMORROW (4 July) 10:00-13:00 at Alfred Salter Primary School in Quebec Way.

Get along to the planning exhibition TOMORROW 10:00-13:00 at Alfred Salter Primary School

The best way to stay in touch with local planning and development is to come along to the Canada Water Consultative Forum on Monday 6 July 19:00 at Alfred Salter Primary School.