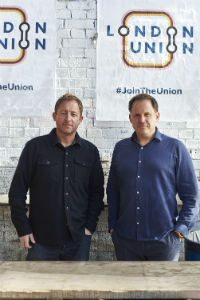 London Union has made a success of taking spaces that are derelict or between different uses and turning them into successful food markets for street traders. Their brand of music, street food and a party atmosphere creates a great social space for the whole family as well as showcasing some of the best in simple hand-held food. I went along to Canada Water Café for lunch with Jonathan Downey (or JD to his friends) and Henry Dimbleby – who co-founded London Union – to find out more.

“…There are so many great chefs working their butts off from mobile units and I wanted to help take away the effort of licences, leases, rents, rates and overheads…”

Tell me about this approach to food markets. What’s so special about London Union’s approach?

“It was 2012 when Street Feast first started out in Dalston Yard. For the first time in London, a range of really good street traders was matched with booze, music and a festival atmosphere. We bought into the idea in May and have been working on developing a semi-permanent approach since then. In Lewisham, we opened up the derelict Model Market two days a week and were voted Best Local Venue in 2014 (TimeOut Love London Awards). In June we opened Dinerama in Shoreditch over two storeys, offering American, Chinese, Korean, Mexican and Indian food together with great cocktails and some fantastic beers. There are so many London communities who would enjoy a street food market in their midst and we are bringing them on as quickly as we can. Our mission is to transform London’s food landscape.”

“…the most exciting and dynamic thing happening on the UK food scene…” (Mark Sainsbury, Zetter and Grain Store groups)

So what are your plans for Canada Water? What’s going to happen here? 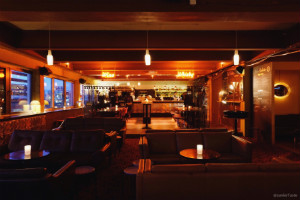 “We’ve been negotiating with James Sellar to make use of the warehouse that used to house the What!!! Store on Surrey Quays Road. It’s an enormous space and perfectly positioned only minutes from the tube station. We have it for a year before James wants to demolish it and so want to get off to an early start. We plan to open in October after we finish some interior building work to create a mezzanine floor over part of the space. That will give us an upstairs bar with the food on ground level. We are expecting about 12 food traders – some more permanent and others on a rotation – and will be open Friday and Saturday 17:00 to midnight. Through to May we will be indoors and then for the summer months, we will also have a market outside. If our previous experience is anything to go by, we can expect a lively crowd each night and some fantastic food and drinks to compliment the setting.”

“…Our mission is to transform London’s food landscape…”

What brings two nice guys like you two to be running street food markets? Where’s the buzz? 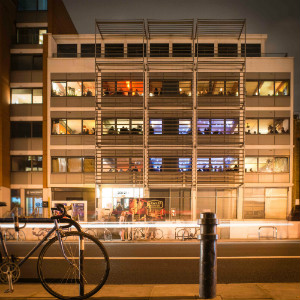 “I used to visit Street Feast in Dalston with my kids afer picking them up from primary school on a Friday,” says Henry, “I love the community atmosphere and I saw this as an exciting opportunity to invest in new talent. There are so many great chefs working their butts off from mobile units and I wanted to help take away the effort of licences, leases, rents, rates and overheads and give these young people opportunity to shine. They only have to get the food right – at the right price, with the right costs and not too much effort.”

“The old restaurant trade is just too formal for many people,” suggests JD. “At a street market you get to taste a whole range of foods in one place, you can hang out with your friends with good music and a great vibe and you aren’t stung with a huge bill at the end of the evening. The average spend at Dalston Yard is about £10 on food and another £10 on booze; not bad for a night out.”

So what’s the benefit for SE16 and the surrounding community then? What do we get out of it?

“Model Market in Lewisham has been a real hub for locals to come out and meet up. We really hope it will the same here. We are also creating 65 new hospitality jobs and we hope as many as possible will be taken up by people from SE16.”

You can see the full planning permission application at

Henry Dimbleby (on the right with Jonathan Downey)