Inclusion for All, Shaun Dellenty and BOY

­
Previous Next
Inclusion for All, Shaun Dellenty and BOY 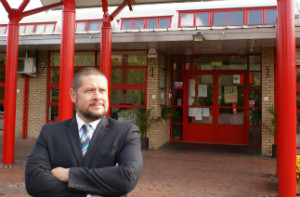 How do we build a school culture that welcomes diversity and supports the identity of every pupil and staff member? In Rotherhithe, we have a prominent advocate for inclusion and an inspiring leader for greater awareness of the damage done in schools by bullying and pejorative language. Shaun Dellenty (right) is Deputy Head of Alfred Salter Primary School, a gay man and founder of Inclusion for All.

I went to meet Shaun at Canada Water Café after school. He explained to me how he’d got into this work. “It all started with a questionnaire. At Alfred Salter, we often take the temperature of the school by using a range of methods to find out what is happening to our pupils and staff. On this occasion back in November 2009, we uncovered the fact that 75% of pupils were being subjected to daily homophobic language or abuse, often using the word ‘gay’ pejoratively. At the time, none of the staff felt confident to tackle the issue and so it was inexcusable for us not to do anything about it. We know that hate crimes of all sorts are all about perception and our duty of care for these children required us to act.”

As a consequence of these findings, Shaun prepared sessions for staff and spent time working with the whole school opening up the issue. He used the film Fit (2010) to introduce the themes with staff and asked everyone to think about how the word ‘gay’ was used negatively in so many contexts. He shared his own harrowing story of homophobic bullying and made it clear that his identity was as a gay man. He set up Inclusion for All as a way of responding to the demands for help that soon started flooding in. 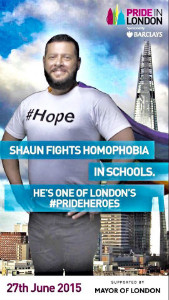 The number of different sorts groups that responded is huge. Other schools got in touch and Shaun began helping staff teams start to look at identity bullying for themselves. Stonewall – the LGBTQ charity – contacted Shaun about a poster campaign they were planning for schools and the Department of Education from Whitehall asked for a ‘how to do it’ booklet but soon realised that the printed word might not be the best way to raise awareness. It was when the Evening Standard headlined a comment Shaun had made as saying that schools should “treat homophobia like racism” that the national press got interested! 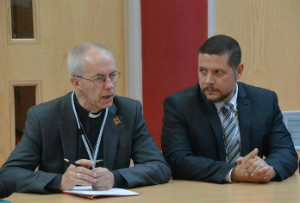 From the centre to the periphery

“I got invites to other boroughs almost immediately. I spoke at an anti-bullying conference in Camden and we realised that there was a vast unrecognised need for a child-focused anti-bullying message to get into every school in the country. We started one-day events at the school for school principals and teachers from other schools to come to learn how they might tackle these issues. I was invited to speak to the House of Commons group ParliOut and so got onto BBC News. Letterbox Library helped to bring the message to many more schools. I discovered soon how useful Twitter is to reach people who are perhaps not in the mainstream, so-called “hard-to-reach” groups. People from across the world and spectrum got in touch – some abusive of course but many with huge need to talk to someone with these same concerns.” 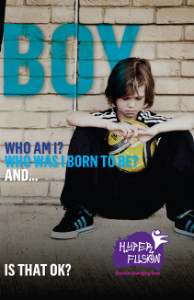 Going on the road

Shaun’s background includes years as a professional actor. Indeed he still holds his Equity card with pride! When the idea was floated that a theatre company – HyperFusion – might be interested in developing an interactive theatre piece for schools around bullying, he was delighted to become a part of the process. Sarah Ellis from the company came along to the training and some of Shaun’s speaking events and together with her company and Shaun have now put together a workshop-come-performance. The title is BOY and is going to launch in February 2016 during LGBT History Month. The piece is aimed at Key Stage 2 and 3 pupils from 7 through to 15 years old. Shaun says it’ll work best with groups of 30-60 allowing interaction. He is clearly energised by these new challenges and looking forward to taking it out on the road.

Want to see BOY for free? HyperFusion will be giving Southwark school staff the opportunity of a taster at the launch at Alfred Salter Primary School on Tuesday 23 February 2016 at 18:30.