The London Dockland Development Corporation – lessons for the present

­
Previous Next
The London Dockland Development Corporation – lessons for the present

Both Bermondsey and Rotherhithe are going through a period of huge redevelopment. The Canada Water Masterplan will bring a massive increase to the local population with over 3,500 new homes being built in the one consolidated 46-acre development. British Land is the principal developer bringing over £2bn of investment to the project and are in close partnership with Southwark Council who are eager to maximise the gain from the London Mayor’s designation of Canada Water as an ‘Opportunity Area’. Planning applications are due in early 2017 for both the first phase – likely to be around Canada Water station – and the outline of the overall plan for the whole development. 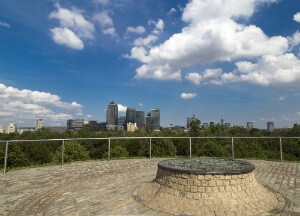 Of course this is not the first time that Rotherhithe has undergone massive redevelopment. What has become known as a leafy, low-rise residential community, somewhat off the beaten track, was once a thriving industrial complex of warehouses, docks, offices and all the noisy bustle of a vibrant port. The smells of the ocean together with the delivery of huge cargoes of wood and other industrial requirements made the area a centre of employment and a vital part of London’s commercial infrastructure.

Almost all this of course has been swept away. A few local residents now recall those days and will freely tell you the story of their life as dockers or lightermen. But many more locals have only known Rotherhithe as a tranquil and beautiful retreat that has the character of a village in the midst of the chaos of wider London. It was the London Dockland Development Corporation (LDDC) who created this new world between their creation in 1981 and dissolution in 1998. They utterly removed the old industrial landscape and replaced it with a residential and leisure vision. 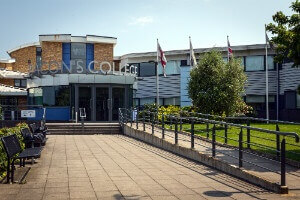 The LDDC was given sweeping powers to plan and deliver redevelopment across most of the old docks of East and South East London. Taking on huge tracts of land across three boroughs, the LDDC was tasked with turning round some of the most depressed areas of the UK in less than two decades. The Surrey Commercial Docks had closed in 1970 and much of the infrastructure had remained to decay where it was. The Thatcher government – newly elected – was keen to set these working class areas to rights and Michael Heseltine was chosen to lead the LDDC in tackling the isolation and dereliction of the Dockland areas.

The decision to give planning powers to the unelected LDDC was controversial with both local communities and the local authorities. Both felt that these ‘outsiders’ from Whitehall had little understanding of the local conditions or priorities. Local campaigns were set up in each borough to fight the gentrification that was seen as the inevitable result of the redevelopments. The initial clearance works were radical as can been seen by the complete obliteration of the docks achieved by 1983 in Rotherhithe. Building on a new road plan and with a diversity of contractors giving different areas each a distinct feel meant that judgement had to be withheld for more than a decade on the SE16 achievements of the LDDC. 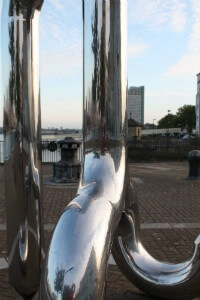 The achievements of the LDDC will always be controversial. Seen from different angles they can be seen to have been only partially successful or to have missed their potential. Nonetheless Rotherhithe today would not be the same place without these new elements:

“…An attitude of openness, transparency and dialogue might have served [the LDDC] and the community better…” 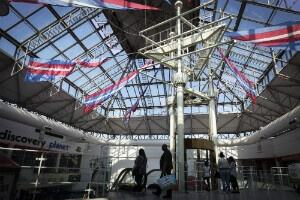 Building for the 1990s, the LDDC’s achievements can look old-fashioned and somewhat out-of-date to the modern eye. Yet the journey from government quango to healthy community is one that might have lessons for our current circumstances:

The Canada Water Masterplan is still in draft but already many have written off the chance to be part of real dialogue about the future of SE16. The year-long consultation still ahead gives both sides an opportunity to have their say, to be persuasive, to marshal their arguments. It would be a shame indeed if the mistakes of the LDDC were repeated in the new century. But we also need to be aware that however important the debates of the present are, we are always in flux and redevelopments will come again in a few decades as our world moves on around SE16. 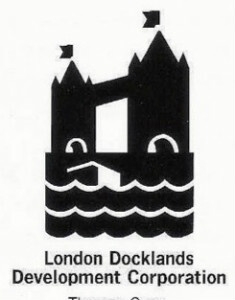 More about the LDDC in SE16 and British Land’s draft plans:

We are most grateful for the assistance of Irene Solombrino in researching this article, to Wendy Nowak for three of the photos and to Mike Reardon for the campaign leaflet.