­
Previous Next
Our Local History Society

We are pleased to welcome Michael Daniels – Vice President of the Rotherhithe and Bermondsey Local History Society – as our guest contributor today. He gives us an introduction to the Society’s life and future.

Do you ever wonder what life was like in the SE16 of yesteryear, when Canada Water was Canada Dock and our now docile Thames echoed with the calls of stevedores, lightermen and lumpers? Or when a walk though the backstreets of Bermondsey brought with it the heady aromas of tanneries, biscuits, jams and exotic spices? If so then head along to Time & Talents on the last Wednesday evening of the month, as this is when the Rotherhithe & Bermondsey Local History Society brings the past back to life. 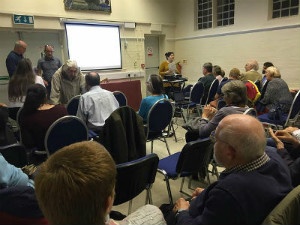 Our evenings feature talks on local historical subjects, given by speakers who are as interesting and engaging as they are experts in their fields. They are often illustrated with wonderful old photos or fascinating maps and they always include a coffee break at half-time – a great opportunity to socialise and digest newly acquired knowledge…as well as the biscuits!

Recent subjects have included Ada Salter, Frost Fairs on the Thames and The Lost Rivers of London, and back in January 2013 we marked the 30th anniversary of the Bermondsey By-Election by inviting Rt. Hon. Sir Simon Hughes and Peter Tatchell to take part in a landmark debate. The evening sold out immediately and attracted much attention from the media too…including the BBC which decided to broadcast a similar discussion three weeks later! 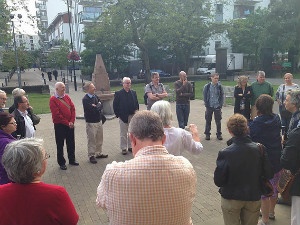 During the warmer months our meetings often take the form of walks and visits, and last summer we were treated to a very special guided tour of St James Church, Bermondsey. This included venturing into secret corners which are usually off-limits to the public, such as the disused crypt and the innards of the mighty church organ, after which the evening concluded with wine and nibbles in the magnificent nave.

The history of the Society is considerably more recent than its subject matter and begins in the days of the London Docklands Development Corporation. This quango, established in 1981 to regenerate the disused docks, sought to engage the local community by funding local history lectures. Diana Rimel of Goldsmiths College organised these in the former Dock Offices on Surrey Quays Road and in 1994, when the LDDC withdrew, Time & Talents stepped in and re-packaged the talks as its ‘local history group’. 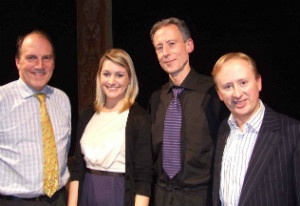 The founding Chairman of the Rotherhithe & Bermondsey Local History Group was Stuart Rankin who was later succeeded by Paul Blosse, and then by me in 2007. In 2011 we simplified our relationship with Time & Talents to become the autonomous Society we are today, appointing distinguished local historian Stephen Humphrey as our President. I stepped down as Chairman in 2013 and was succeeded by Claire Sexton and now by Mike Reardon, but not before I was able to announce Tommy Steel OBE as the Society’s first ever Patron!

Come to our next talk

In July, Robert Jeffries, who served for many years as an officer with the Thames River Police, will give us an insight into the history of what became the first organised police force in the world. It should be a fascinating evening, full of historical facts, amusing anecdotes…and maybe a few arresting moments too….

Arrive from 19:15, non-members are asked to contribute a £2 donation. 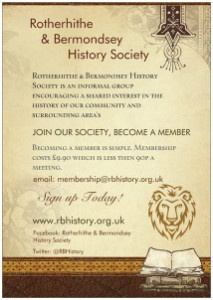