Making a Difference to Bermondsey

­
Previous Next
Making a Difference to Bermondsey 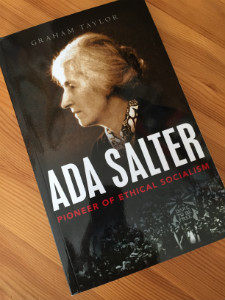 What are we to do with politicians these days? So many people are turned off the political world by the high-handed, petty, unprincipled and apparently distant games played by the Parties. The practical day-to-day lives of ordinary residents of Rotherhithe, Surrey Docks and Bermondsey seem to be in a completely different world. The really important things like housing, education, equality and climate change all seem to be ignored by those in power in favour of fighting each other and pursuing the trappings of power.

The life and times of Ada Salter provides a deep challenge to our view of politics, social action and faith. In contrast to the modern day, Ada and the group of influential women around her built a vision of shared and ethical politics from the bottom-up. Her inspiring achievements reached across a broad range of themes and scales. She was among those who fought for universal suffrage, for every woman to have the vote not just those who had property in their own name. She regarded gardening as an act of democracy, that growing was part of everyone’s civic duty. As a Quaker and a pacifist, she worked on the international scale to prevent the outbreak of both World Wars. 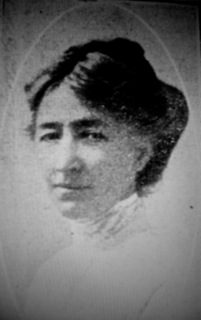 Her work in Bermondsey – then a squalid, overcrowded and filthy slum – started with her enviable gifts in work with girls and young women at the local Settlement. She went on to marry Alfred Salter and together they formed a lifelong partnership, each taking on a complementary portion of the renewal of Bermondsey. Alfred a gifted doctor dedicated his life to transforming the pre-NHS medical services of the area to meet the needs of the poorest. Ada focused her work – as she grew to be first a local councillor and then mayor of the Bermondsey Borough Council – on community housing and on ‘beautifying’ the neighbourhood. It is in no small measure her achievements that created the garden city movement and influenced the creation of the green belt. 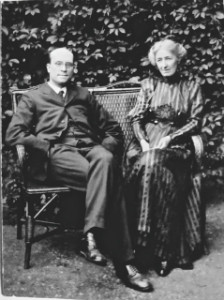 Ada took an immensely practical approach to her politics. Her hands-on style meant that despite rising to positions of power and influence across London (and beyond), she could at every turn draw on her direct experience of the situation of the most deprived and exploited. She worked passionately for working families to have their everyday lives improved and through her social projects, local government and championing of green awareness and equalities, her legacy has been profound. Whilst the spotlight of previous generations has played on Alfred’s achievements as MP for West Bermondsey and a famed local GP, today through this brilliant biography the focus can be shifted to the woman pioneer who inspired fresh thinking in so many fields.

“…She regarded gardening as an act of democracy, that growing was part of everyone’s civic duty. As a Quaker and a pacifist, she worked on the international scale to prevent the outbreak of both World Wars…” 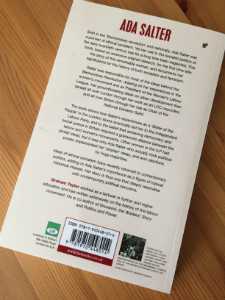 Graham Taylor who has written Ada’s biography is an experienced historian of the labour movement. He brings his local knowledge as a resident and volunteer in Bermondsey to the task. If perhaps you have not heard of Ada or seen her newly established statue on the riverside near the Anchor pub, if you want to understand something of the background of the dock communities of the early twentieth century that still influence our lives today, if you know little of the development of the labour movement in Bermondsey and more widely, then this book comes highly recommended.

On 20 July 2016, we will be celebrating the 150th anniversary of Ada Salter’s birth. Several people are keen to hold a weekend 16-17 July remembering her achievements and celebrating their influence on today’s society. We would love to know your ideas and receive offers of help to make this a special occasion across SE16. If you are interested in knowing more, please drop us a line shout@iliveinse16.com and we will see whether the weekend is possible.