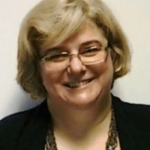 What do you do if your development or estate is declining? How can you help to turn it around? Georgia Sigala moved to her home near Greenland Dock in 2000 but it was in 2010 that she realised that her area was definitely going downhill. “When I moved here, the area was well tended and people were often out and about, meeting neighbours and chatting on the street. I chose to move here because it was so pleasant. But increasingly, I noticed the fly-tipping, the abandoned cars and the lack of repairs to lights. The area felt less safe and some of the homes were broken into. I decided to do something.” Georgia knocked on her neighbours’ doors and in 2012, they formed the Cunard Walk Residents Association; now they number about ten households. The Association took action to get their external lights repaired by writing to the management company’s agents and to their MP. The result was that of fourteen lights broken, only two were repaired. 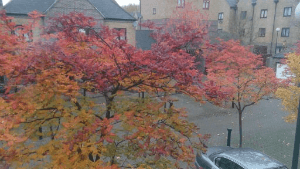 So in 2014, Georgia started up a Neighbourhood Watch for her local patch. She commented, “It wasn’t easy to get people involved despite the issues everyone agreed needed to be tackled. We knew that we wanted to focus not just on crime but also on “quality of life” issues for our few streets – things like keeping people informed about local issues, sharing progress on projects to improve the area and of course tackling anti-social behaviour, like noise and fly-tipping. The Neighbourhood Watch is all about preventing the bad stuff happening before it gets a toehold. We’ve kids and older folk around here who are more vulnerable than most; we wanted to make sure they were doing well and knew neighbours were looking out for them. We also find out what the local police were working on and how we can keep our properties safe too. It’s all helpful when looking for home insurance!”

“…the changing faces and their lack of concern for the wider community makes it particularly difficult to build a sense of belonging amongst neighbours….” 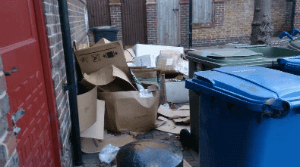 For Georgia though, it was never plain sailing. She was delighted to be able to use the police non-emergency number 101 to report incidents and suspicious characters. She found the local police team really helpful and when on occasions there were emergencies, Georgia’s call to 999 led to immediate assistance. But as most of the homes in her streets are privately-owned, she has not been as impressed by the response of either the management company’s agent or the Council. “We’ve repeatedly reported fly-tipping in our streets and the Council say it’s the management agent’s problem and the agent takes no action. Our emails and phone calls are acknowledged and then nothing happens. Small things like the lighting unresolved make everyone’s home life a misery and just encourages more problems.” 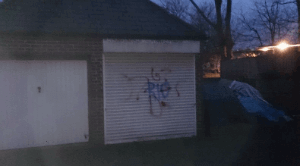 “When I went to the Southwark Neighbourhood Watch meeting, I saw that lots of other estates and developments face similar issues. For Council-run estates, they are able to turn to their landlord who has public obligations to respond. But for private developments like ours, the management company is quite distant and when their agents are unresponsive, it’s really difficult to improve things. For us – with many properties let to short-term tenants – the changing faces and their lack of concern for the wider community makes it particularly difficult to build a sense of belonging amongst neighbours. But other Neighbourhood Watch across Southwark could offer suggestions and we could share our successes and frustrations.”

“…a healthy community looks out for children, people with disabilities and the elderly…”

“The Conference – coming up at the Canada Water Library on 20 April at 16:00-20:00 – is focusing on how we can prevent or effect change around things like parking, noise, minor drug issues, fly-tipping and bullying. We all know that a healthy community looks out for children, people with disabilities and the elderly. And in neighbourhoods with lots of people involved with each other, there are many fewer problems with anti-social behaviour. So come along, join your local Neighbourhood Watch – there are six in SE16 – or residents’ association and make a real difference in your own backyard.”

Get a FREE ticket online here

[Photos from Georgia Sigala with thanks]