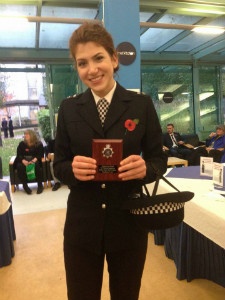 PC Nelena Paparisva is the Dedicated Ward Officer (DWO) for Rotherhithe ward SE16. She joined a team of five officers in September 2015 who work in the North East Cluster; together they cover a set of wards across SE16 and SE1 but Nelena as a DWO is always (as well as her new DWO colleague) is designated for Rotherhithe. Whilst the team can be tasked to police other area of the cluster, Nelena’s role is focused on those policing issues in Rotherhithe ward that require a long-term solution. “Most of my work is not about finding the criminal and arresting him or her. Instead I work with partners like the Anti-Social Behaviour unit at Southwark Council or housing officers to sort out problems such as drugs and anti-social behaviour.” 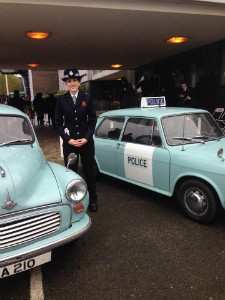 Nelena arrived from Cyprus in 2009 to study Policing and Criminal Investigation at Staffordshire University in Stoke-on-Trent. She went on to study for a Masters in Forensic Medicine at Queen Mary University of London. She joined the Metropolitan Police in 2013 and became a police officer in 2015 as part of the Police Now Graduate Scheme. She is a graduate, immigrant and a woman in a male world. I asked her about the advantages and challenges that these distinctive characteristics brought to her professional life. “Many people assume that policing is quite physical but the truth is that in the vast majority of cases, good communication avoids physical conflict. Being a woman in the Met allows me to give support and encouragement to females who have been victims of domestic violence as they can identify more. We need more role models of women in positions of authority – it gives hope to those who can’t see their way out of their situation. With two degrees and on a graduate scheme, people often assume I am  only after promotion! My Greek heritage isn’t used much in Rotherhithe, as unfortunately there are only a handful of Greek-speaking residents here.” 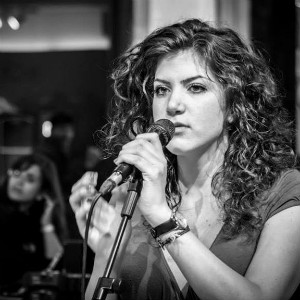 Before arriving in the UK, Nelena studied music, singing and theatre in Cyprus. She started singing in public in 2002 and then from 2009, her musical career took off in England too. In 2015, Nelena was the Eurovision finalist for Cyprus. She continues to sing in clubs across London when she’s not on duty. Mostly she sings jazz, blues and power ballads – ‘mostly easy listening,’ she laughs – revealing a very different side to her character.

“…I love it when residents and local business folk smile, say hi and engage with us as human beings rather than just the arm of the law…”

“I tend to use a more analytic style of policing. When a problem is raised, my first thought is to ask what the cause might be; that often leads me to seek out patterns in the nuisance or crime and in turn that can throw up potential solutions. For example, we’ve been warning people locally about not using their phones on leaving the train station. This just acts as a magnet for criminals and creates a real opportunity for them. By following up on incidents, we’ve been able to recognise patterns in the offenders’ behaviour and act accordingly.” 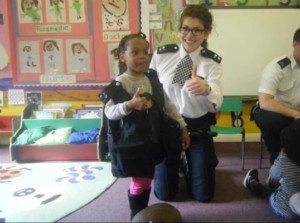 Nelena is often contacted about speeding motorbikes at the moment. She recognises the frustration residents feel when repeated reports seem to produce no action. “Clearly this is one of those issues that needs to be tackled urgently but so often the reports are too vague for us to act. We really need a registration number or a very clear description – photos or video – in order to take action. The Met’s policy does not allow us to pursue vehicles, which makes it harder for us to deal with this kind of incident. And when it comes to prosecution, the evidence we present to the court has to be absolutely watertight, oterhwise we can face a time-consuming and frustrating trial without any conviction.”

“…We all have a responsibility to keep valuables out of sight, to lock our doors and windows and to report things that worry us…” 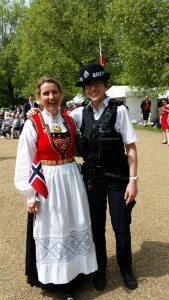 Each ward in SE16 holds a regular public meeting between the police and community members called a Ward Panel Meeting. The Panel gives an opportunity for residents to meet their Safer Neighbourhood Team (SNT), to share information about local issues and community safety and for the police to report on action taken. The SNT reviews the intelligence available and with the SNT, reviews the current situation and helps to set priorities for action. The meeting happens three times a year at the Rotherhithe Police Station in Lower Road, though this may change.

I asked what would be the three messages Nelena would most like the community to hear. “I’d ask people to be open-minded about the police. We are a very small team in Rotherhithe and limited resources lead to restraints on what we are able to do. I love it when residents and local business folk smile, say hi and engage with us as human beings rather than just the arm of the law. It’s great when people are thoughtful about our role and handle their relationships with police officers humanely. And third I suppose is asking everyone to play their part in keeping us all safe. We all have a responsibility to keep valuables out of sight, to lock our doors and windows and to report things that worry us. If we all work together for a safer Rotherhithe, the benefits would be huge!” 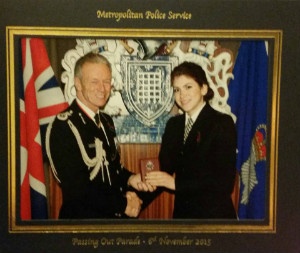 If you want to report a problem use the non-emergency number 101
If you face an emergency, always dial 999