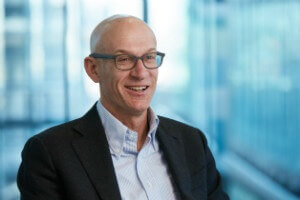 Roger Madelin is a man with experience in development. Few can match his career achievements in the development of large mixed-use schemes first as a part of Argent from 1987 – including a stint as CEO for 15 years – and then more recently as the lead for Argent’s scheme for King’s Cross. “Moving from my earlier work with Argent on single buildings to begin shaping the social and environmental lives of whole communities has been a challenge. There is no doubt that in the late 1980s, trust between the community and developers in Kings Cross was at a low ebb. We were able to turn that round through listening carefully to people of all sorts, hearing from the people with real expertise – in building and design of course but also the people who lived and worked in Kings Cross. I know now that I and the Masterplan team have the skills to deliver a big project like Canada Water but that success will be based on listening to the people who matter at each stage – the community included.” 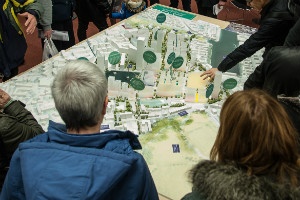 Roger was brought up in Hampshire, the son of an RAF navigator. His dream as a kid was to be a pilot but when he applied with distinction in all the relevant subjects, he was turned down. Despite finding that his eye-sight meant he couldn’t follow his dream, in 1977 he threw himself into a four-year sandwich course first in civil engineering and later in building science at Aston University in Birmingham. When he finished his degree, the firm with whom he’d been working took him on and soon promoted the high-flyer. He started with Argent in 1987 and for ten years took responsibility for delivering their developments including the award-winning Brindleyplace in Birmingham. From 1997, he was Chief Executive and from 2000 his main task was to lead on the 58 acre King’s Cross project. In February this year, he was appointed Head of the Canada Water Development by Chris Grigg CEO of British Land, whom Roger knew from looking over each other’s development projects to date.

“…The first phase needs to be place-changing…” 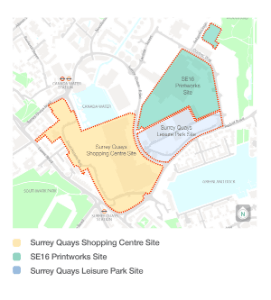 “When I first got the job, I dropped into Canada Water and the area more widely and walked around at different days and times of day,” explains Roger. “I was surprised how easy it is to get to Canada Water from right across London. I started talking with people in the know and tried early on to discover why the transport is designed how it is. Of course, London’s population had been steadily shrinking from 1939 til the mid-1980s but despite a steady growth from then, some of the assumptions of the Jubilee Line and Overground planners have proved rather timid. Now we are welcoming people from across the world and clearly London will go on growing for years to come. It’s stimulating to be part of this exceptional and exciting opportunity to create a mixed-use scheme with office, retail, residential, leisure and community space. And it comes with responsibilities in place-making and developing a vibrant destination open to all.” 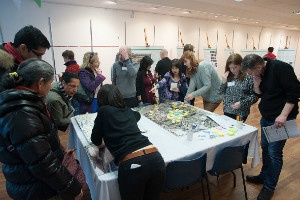 Roger speaks of delivering “a new piece of city”. “In February, we had Allies and Morrison (ed. architects) produce a massing scheme for 2M sq ft of work space, 3,500 new homes and 1M sq ft of retail/leisure. Covering 46 acres the scale is always going to be a challenge but we recognise that the inevitable phasing will make the first phase really important. The first phase needs to be place-changing. We want to bring 1,000 new homes to Canada Water and to change the approach people take to the area as a result. Those homes need to provide for residents of all ages and types – from student and starter flats, family, elderly, sheltered and supported housing with affordable options for the widest range of incomes. The mixed use of the development is so important because each use feeds off another. We want to use the strengths of SE16 to shape the direction of the development and so to ensure that it delivers an environment for living.” 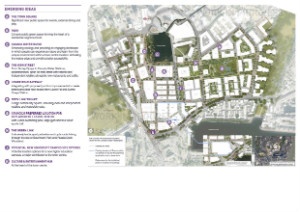 The draft Masterplan indicates the scale of development

British Land consulted about the draft Masterplan in February and received thousands of responses from the community. They are currently digesting the feedback and consulting internally. “You can’t turn to a library and find a book that tells you how to do this,” says Roger. “In fact no one knows how to develop Canada Water. But we are making a long-term investment in SE16 and so we have a concern for quality in all we do and creating an effective community. We are drawing on expertise in many fields. We are holding internal seminars on for example urban typology, healthy homes and retail; in each we are talking with the experts to explore what we know and how things are likely to develop in the foreseeable future. It makes the plan quite fluid and we want the spaces we develop to have that characteristic too – capable of responding to the changing context in which they will be for decades ahead.”

Read another interview with Roger Madelin about the Kings Cross development from Constructs in Yale here. 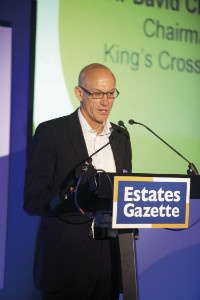