Sellars and the Decathlon site

­
Previous Next
Sellars and the Decathlon site

Interest in the developments at Canada Water has never been higher. The announcement that British Land are proposing to redevelop the Printworks site (read about it here) and now the Shopping Centre site too (read about it here) opens the way to a huge transformation of the current picture around the transport hubs at both Canada Water and Surrey Docks. However already agreed, the redevelopment of the Canada Water Retail Park (on Surrey Quays Road) will have an impact on the area much more quickly as building work is starting in Spring 2015. 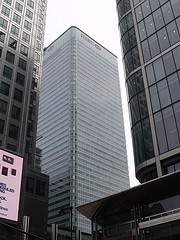 When the whole Canada Water area was being considered for redevelopment, the area was divided into plots of land and allocated letters of the alphabet. The two sites either side of Surrey Quays Road – sites C and E, now occupied by What! Store, the two warehouses of Decathlon and their surrounding car parking areas and totalling 7 acres of land – were purchased by Sellar Group and planning permission was granted for a mixed development late in 2013. The current buildings will be demolished and in their place five new buildings will rise in a number of phases. Totalling over 1,000 new homes, the scheme promises to build the initial tranche of private rented units and a new flagship Decathlon store as the first phase (completed in 2017) and to go on to provide more offices, community sports facilities, a health centre, cinema, bars and restaurants in four more buildings. About half the site will comprise ‘public realm’ which means open space, play areas, gardens, walkways and cycle paths. This development will provide a new town centre feel for the waterside of Canada Water.

The centrepiece of the new development is the 40 storey tower which will be located near the back of the site on the current car park of the What! Store. At present, Sellar Design and Development have only outline planning permission for the tower and will need to return to the planning authority with detailed proposals before it is all signed off. Since Sellar were responsible for the Shard at London Bridge, many people have seen this proposal in light of other high-rise developments across the London skyline. With the arrival of Ontario House over Canada Water Station itself, at only 28 storeys, the question of another still higher eye-catching block in the area offers lots to discuss. Many local residents are unaware of Sellars plans – despite the developer’s efforts to consult about their proposals – and when the scale of the development becomes clear, local opinion is divided.

So what do you think? Is the crisis in London’s housing market so great that we need to build homes as quickly as possible? Should the priority be social housing and truly affordable homes or should we recognise that private sales are the best way to finance such developments? Do you think that given the pressure on housing, we should build into the sky or are we just designing social disaster for decades to come? Let us know your views on our Facebook page.

For more about the development see these sites: