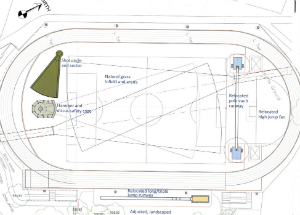 SE16 is getting a new Athletics Centre! Construction of the first phase of the redesign and layout of the athletics arena in Southwark Park is nearly complete.

The second phase is remodelling the pavilion from the inside out. The building will include four changing rooms (2 athletics, 2 football) and an officials changing room, external lockers, physio/consultation room, free weights gym, externally accessible toilets, club room and refreshment facility.

The new centre will offer a wide range of track and field sports including a six lane athletics track, an eight lane straight 100m track, a natural grass football/hockey pitch, long/triple jump, high jump, pole vault, hammer/discus cage, shot put and javelin. In this age of cut backs and austerity, LB Southwark who own the site has funded the redevelopment from the Olympic Capital Legacy Fund. The project has also attracted funding from the London Marathon Charitable Trust, Sport England’s Inspired Facilities Fund and the Mayor of London’s Facility fund. The new Centre should be complete late in the summer of 2016. 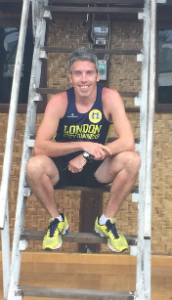 Alongside the new centre, a new Athletics Club will take up residence at the Centre. London City Athletics Club has been active since 2014 and developed out of the London City Runners, founded by Tim Navin-Jones. Tim explained what they plan to do in the park. “It’s still early days but we are very eager to make the Centre really work for everyone, serious sportswomen and men, for local residents, for children and young people and for casual users who want to ‘have-a-go’. We are obviously strong on the running side of things with loads of people who run marathons and run for the running club in competition. We have teamed up with Kings College Athletics who have strengths in field sports such as long jump and javelin. We are currently working out a hour, day and week programme that will allow us to share the space at the Centre and offer a huge range of options for enjoying sport.” 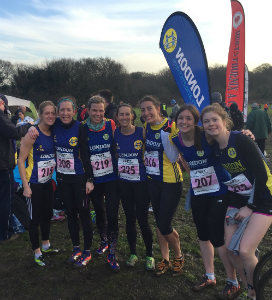 Gearing up for everyone

“When we move to the new Centre, we will be able to bring home our junior club (8-16 yo) which currently meets at Dulwich College on Saturdays. We have a great membership of over 400 already and with the addition of Kings Athletic Club numbers we should be able to make the Centre really buzz. We know there are lots of people in SE16 who already take part in our runs so I expect that many more will want to come out and join us when the new facilities are ready. We are getting ready already by training up some of our members as coaches and learning how to provide an inclusive and fun time for everyone. We are so pleased to find a permanent home within a top class training and competition venue.”

[Photos from Tim Navin-Jones with thanks]