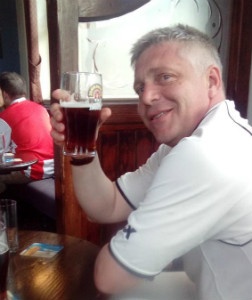 Our guest writer today is Martin Kovats chair of our local cricket club:

Southwark Park was the original home of the Oval and you can still see the banks where spectators watched some of England’s greatest players, in particular local man Bobby Abel who was the first Englishman to carry his bat in a test innings and is still holds the record for the highest score for Surrey CC with his knock of 357 in 1899. Between the wars, dozens of teams played cricket in Southwark Park but in recent decades cricket has been superseded by football as the main sport in the area. 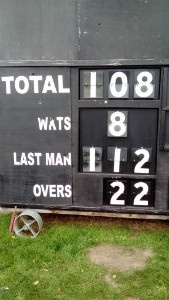 Southwark Park Cricket Club was founded in 2014 with aim of reviving the sport in the north of the borough and to provide a new generation of local people with the chance to play friendly, competitive cricket. We had our first full season in 2015 and the match reports can be found on our website below.

This summer we have even more games and will also be running five coached training sessions open to all in the Park on Monday evenings 18:00-20:00 on 6 June, 27 June, 11 July, 8 Aug and 22 August. Come along and have a fun summer’s evening! 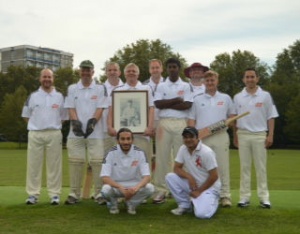 Southwark Park Cricket Club southwarkpark.cc is a local community club and everyone is welcome regardless of experience or ability. If you would like to become a member, just play an occasional game or take part in the training sessions, please contact Martin.

The team play their first match of the new season at home on Sunday 4 June against London Fields Cricket Club. Put it in your diary and get out and support them!