Southwark Park sits between Jamaica Road, Lower Road, Hawkstone Road and Southwark Park Road. Mostly gently rolling but with a large ornamental lake at its centre, it is one of the keystones of the SE16 area. It offers visitors and residents alike a wide range of opportunities and is held in deep affection by the people of Bermondsey and Rotherhithe. The local authority run the park as an English Heritage Grade II listed amenity with the help of the Friends of Southwark Park who often run events there and help to support the Park Manager and his staff. 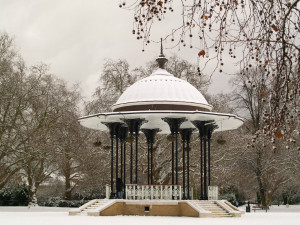 Southwark Park first opened its gates to the public in 1869 – 126 years ago – and was one of the earliest parks to be opened by the Metropolitan Board of Works; you can download a history of the Park here. The design of the park is attributed to Alexander McKenzie and covers an area of 25 hectares. The park also boasts London’s first public memorial to honour a working class man; a drinking fountain to commemorate Mr. Jabez West, a member of a local Temperance Society. In 1936, the London County Council built an English rose garden in the park which was later renamed in memory of Ada Salter a local politician and environmentalist. She and her husband Alfred, the local M.P., both wanted to create a place of beauty where mothers and older could find rest. In 2001, the park underwent a major refurbishment with £2.5m from the Heritage Lottery Fund and a replica of the 1862 bandstand from the Royal Horticultural Society Exhibition was replaced. 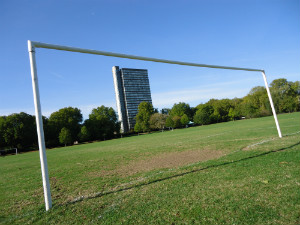 The Park has many attractions for those who want to play sport or be more generally active. A free running club meets for a 5km run each Saturday morning and there is an outdoor gym to be used at any time the Park is open. London City Athletics Club has recently been established in the Park and will be based at the athletics centre currently being rebuilt near Hawkstone Road. Mixed O2 touch rugby is played twice a week and in the summer, Southwark Park Bowls Club and Southwark Park Cricket Club both play matches in the Park. You can use three 11-a-side football pitches, free tennis courts and cricket pitches whenever the Park is open. 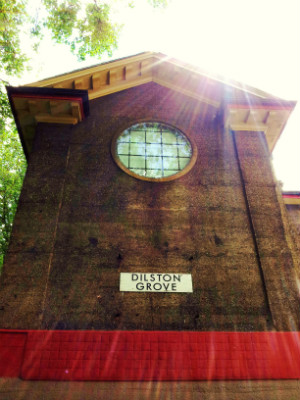 The revived Bandstand provides a fine location for summer open-air concerts and offers a central focus for the annual Bermondsey Carnival which fills the Park with fun activities and stalls on a Saturday in late June. The Cafe Gallery gives artists old and young opportunity to show their work and to learn together about artistic creation. The Dilston Gallery is a second space in the Park dedicated to the arts and is run in conjunction with the Café Gallery. They also offer allotments for families to learn how to grow their own food and flowers.

The Friends of Southwark Park

The Friends have been going since 1995 and have four main aims: to promote the Park’s sustainability; to protect the integrity, environment and biodiversity of the Park; to enhance the Park through practical activity and conservation work and to engage in partnership with the many different users of the Park to represent the whole community. The Friends recently produced It’s Our Park a video profiling the Park’s delights in summer 2014. They also care for King’s Stairs Gardens, King George’s Field and West Lane Memorial Gardens. You can join up by completing the application form on their website and get regular news about the Park and how it is developing. You can go also get along to their monthly general meetings where officers from Southwark Council keep everyone up-to-date with developments and where issues with the Park can be raised. The next meeting is on Wednesday 21 January at 18:00 at the Park Office that is near the Gomm Road gates behind the Café.