We all know the amazing effects that professional pyrotechnicians – or firework specialists in normal parlance – can achieve. We remember the displays at the opening of the 2012 London Olympics or the New Year as marking special moments. Children (and adults if we are honest) take great joy from the shock and awe that huge displays provide; kids also get a great kick out of watching garden fireworks or even – in recent days – indoor ones. The immediate bright light, the bang, whine or whistle and the shower of sparks or confetti all make the impact of fireworks impressive. The memory of spectacular shows stay with you marking the passing of key points in life. 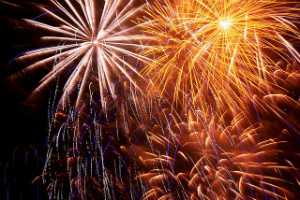 Fireworks have been used for centuries to celebrate cultural and religious high points. For Hindus, the festival of lights (Diwali) is celebrated with fireworks and the Japanese hold firework festivals in the summer months. The Fourth of July or Independence Day give the Americans an excuse to indulge their delight in fireworks and Walt Disney Company is the largest consumer of fireworks in the world. In the UK, fireworks for years became synonymous with Bonfire Night remembered on 5 November when huge fires were lit and effigies of Guy Fawkes – the unsuccessful assassin of James I and his Parliament in 1605 – were burnt in public. Today fireworks grace many parties and are used to mark New Year and other moments of joy.

“…All the tickets have now been sold but more may become available; just check on the link below. The gates open at 17:00 and the firework display happens at 19:00…” 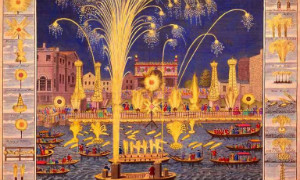 Discovered in 7th century China, spread by the Mongols through Asia to arrive in the Middle East in 1240, gunpowder is the key to making explosive charges and hence propelled early fireworks. A mixture of sulphur, charcoal and saltpeter (potassium nitrate), the recipe only arrived in Europe in the 13th century. From the first, it was recognised as a weapon of war and used to power canon, rockets, grenades and other explosive devices against enemies. But Chinese experts had from early days been holding spectacular firework displays for the Emperor’s pleasure. The cultural use of fireworks spread out from the Chinese over the centuries until for example Handel could compose his famous Music for the Royal Fireworks on the River Thames in 1749.

“…Fireworks are only on sale for Bonfire Night 15 October to 10 November each year….” 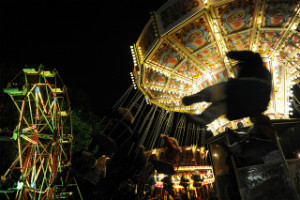 Over the centuries, fireworks (and gunpowder more generally) have caused many ‘unplanned’ explosions or accidents. Even today, UK fireworks still injure and maim too many people each year. The main danger lies in burns from hand-held fireworks such as sparklers and people being hit by rockets and suchlike fired from poorly set up fireworks. When fireworks are used in gardens and unsupervised by an expert, the danger of a spark or cinder falling into the stock of fireworks has been repeatedly underlined by public safety campaigns.  As a result of these fears, fireworks law in the UK defines four categories of firework only allowing the first three categories to be sold to the public and also bans certain forms of firework entirely. Fireworks are only on sale for Bonfire Night 15 October to 10 November each year. The Royal Society of the Prevention of Accidents (ROSPA) has issued its Firework Code to remind people of the ten top safety tips for safe use of fireworks.

“…the crowds leaving the Park can be long and quite arduous if you are not prepared to inch forward for twenty minutes or so. ..” 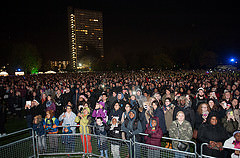 The Fireworks crowd at Southwark Park

Southwark holds an annual Free Firework Night in Southwark Park SE16 which now draws over 28,000 people. It is one of Bermondsey and Rotherhithe’s largest events each year and brings people from far and wide to our streets. This year, the Night is set for Thursday 5 November itself and for the first time is ticketed. All the tickets have now been sold but more may become available; just check on the link below. The gates open at 17:00 and the firework display happens at 19:00. Alongside the fireworks, there will be a family funfair and a range of hot and cold food stalls. The stalls will also be selling luminous sticks, hats, swords and other paraphernalia. Remember squeezing 28,000 people into Southwark Park potentially on a cold and/or damp evening takes time so get there early if you can – Canada Water, Bermondsey and Surrey Quays stations are closest. And even more, with everyone wanting to leave at once at 19:30 or so, the crowds leaving the Park can be long and quite arduous if you are not prepared to inch forward for twenty minutes or so. The tubes, trains and buses are all busier then normal and the pavements are crammed with people. But on the other hand, come with the intention of enjoying the spectacle and you will not be disappointed!

Check for more tickets at southwarkpresents/fireworks

For more information, try The Science of Fireworks from the Royal Institute