We are delighted to welcome Germander Speedwell as our contributor today. She led a recent project with local people and volunteers to investigate the history of the Farm’s site. 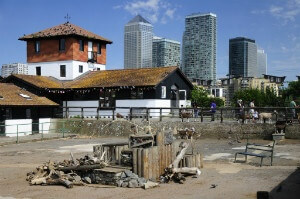 Surrey Docks Farm occupies a riverside site with a fascinating history. There have been at least six different uses of the land over the last three centuries, and today around the Farm you can see artefacts, remains and evidence from almost all of these stages of its past.

The site’s history has been traced back as far as 1743; a beautifully detailed hand-painted map from this date shows the site as a large shipyard. Impressively, a large part of the shipyard’s grand red brick wall has survived, now the Farm’s northern wall, and can be seen alongside the pathway from Rotherhithe Street to the river stairs. On the Farm’s foreshore can be seen scatterings of handmade nails, ship staples and other metal detritus – likely evidence that older ships were broken up in front of the shipyard here, so that their valuable timbers could be reused.

“…The bronze animal sculptures on the Farm’s riverside commemorate this move, when all the animals were led through the streets…” 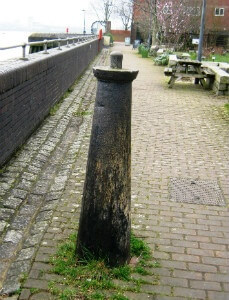 From around the 1820s, the site became a timber wharf. A black bollard-like column can be seen on the Farm’s riverside path – this is actually the base of one of the wharf’s cranes, which would have been used for handling timber.

For a short time the timber wharf also housed an ill-fated experimental chemical laboratory. The young man involved went on to become the noted social reformer Henry Solly, who played a large part in the founding of garden cities and working men’s clubs. 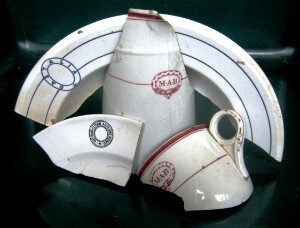 In 1883, the Metropolitan Asylums Board took on the site for a very unusual purpose: they needed a wharf from where they could transport smallpox patients from London by boat to the isolation hospitals in the Thames Estuary. They renamed it South Wharf, built a 300-foot-long pier out into the Thames, used paddle steamers as river ambulances, and transported tens of thousands of smallpox and fever patients from here for nearly 50 years. Dozens of staff lived on this closed, carefully-guarded site, isolated from the ignorant and often suspicious local community.

“…The Receiving Station abandoned the severely fire-damaged site, leaving it for the Fire Service, who used it as their fire vessel maintenance workshops during WWII…” 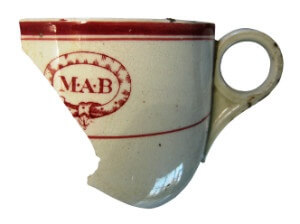 On the Farm’s site today can be seen many remains from the Receiving Station. What is now the blacksmith’s forge was originally the shelter where ambulances would pull up and deliver their patients, collected from all over south London, into the adjacent examination room before being transferred by river. A large section of the Farm’s front wall along Rotherhithe Street is the original Receiving Station wall. On the foreshore can be seen some wooden stumps from the long-demolished pier, and hundreds of pieces of Metropolitan Asylums Board crockery have now been found on the foreshore, and are on display in the cabinet on the Farm’s riverside. 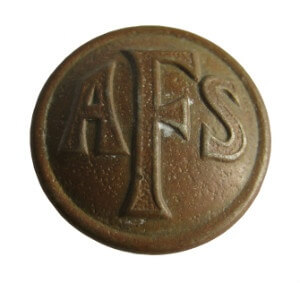 The Fire Service River Station and Escape from the Blitz

In 1939, the Auxiliary Fire Service set up a small river fire station on part of the site, sharing it with what was then a scaled-down Receiving Station. When the Surrey Docks area was targeted in the Blitz in September 1940, the site was badly hit, with many buildings ablaze and the site surrounded by fire. Incredibly, everyone escaped, most of them by boat over the Thames. Stories have recently been unearthed of death-defying and determined rescues from the site, carried out by several firemen and volunteers who received gallantry medals for these actions.

The Receiving Station abandoned the severely fire-damaged site, leaving it for the Fire Service, who used it as their fire vessel maintenance workshops during WWII. Much evidence has been found on the foreshore, including several brass firemen’s buttons and a large Fire Barge sign, which are now displayed at the Farm. The detritus of fire damage and building destruction such as bricks, broken tiles, mangled pipes and clumps of molten metal, can still be seen on the foreshore. 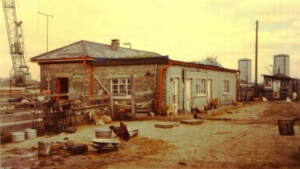 After several decades of dereliction and temporary uses, Surrey Docks Farm moved to the site in 1986, having been relocated from Greenland Dock where the Farm had started in 1975. (Today at Greenland Dock you can still see the names of some of the Farm’s first staff and volunteers etched into the bricks of the Lock-keeper’s Office). The bronze animal sculptures on the Farm’s riverside commemorate this move, when all the animals were led through the streets and along the riverside to their new home. Surrey Docks Farm has now been at South Wharf for 30 years, and has become part of the rich and surprising history of this site. 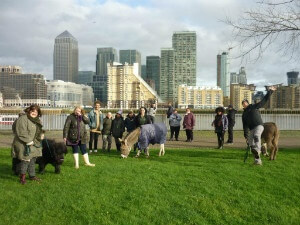 This is a very brief summary of the site’s history. To find out more, visit the Farm and follow the History Trail or see it online here: surreydocksfarm.org.uk/history-trail . There is a lot more to see on site, and we are happy to offer history tours to interested groups. For any enquiries regarding tours, or further information, please contact heritage@surreydocksfarm.org.uk.