Have you ever got off a bike and just had enough? That might be the response from Bermondsey resident Gavin Tiffin when he finishes his next project the Cultural Cycle. He has set himself the unique challenge to ride between London and St Petersburg, Russia through ten counties in three weeks and cover 2,000 miles. And he’s not just doing it for fun! He’s raising £30,000 for three great local charities on the way – Evelina London Children’s Healthcare, MEDICINEMA and Breathe Arts Health Research. Though small, they all work with patients from Bermondsey and Rotherhithe! Gavin is keen to share his enthusiasm for music and the arts as a route to recovery in hospital. So he’s got three special awareness-raising events to run in Berlin, Poznan and Warsaw on his way alongside the gruelling average daily 100 miles in the saddle. 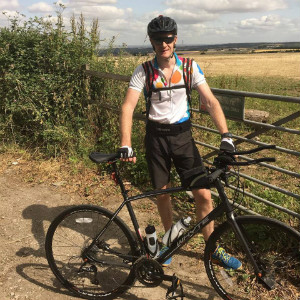 Gavin – who works as head of hospitality at Guys and St Thomas’ hospital – is setting off from St Thomas’s on Thursday this week and aims to be in St Petersburg by 3 September. It’s not Gavin’s first ride either. In 2013, he rode from London to Paris in four days and then ran four marathons – one a week – across Europe, all to raise money for specialist equipment for the Evelina Children’s Hospital in St Thomas’. This time he has even bigger targets.

When Gavin gets back to Grange Walk in Bermondsey, the awareness- and fund-raising doesn’t stop! On Thursday 17 September, the project is hosting a Gala Dinner at the Parliament Panorama next to Westminster Bridge. The whole thing has been a long time in the planning. Gavin and his support team have been plotting for over a year and held their launch event back in April in the Central Hall in St Thomas’ Hospital. Since then he’s been gaining support from several organisations and firms who have pledged to cover for example his clothing for the trip. 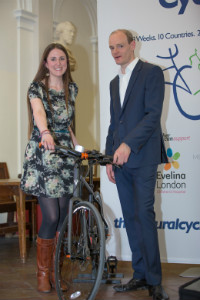 And of course Gavin at 34 has been training hard for months to be able to sustain the stresses and strains of long distance road cycling. The roads will of course vary across Europe as will the road conditions. Some parts of the journey will be through quiet and tranquil countryside whilst other key parts will be in the midst of busy traffic in city centres. His equipment will also be vital. He’s been training with his new bike along the river and in local green spaces for months now so the two – man and machine – now work as one. For the first leg of 80 miles to Dover, Gavin will be joined by a group of supporters willing to take the hills with him. And throughout the rest of the journey, Gavin’s wife Anna will be along to record the trip and keep the world informed on progress and Gavin’s uncle Donald will be at the wheel of the support car.

I asked Gavin what his greatest worry was. “Honestly, it’s remaining injury free! A simple pull can scupper the whole thing so I’m stretching regularly. So long as I listen to my body and watch for the danger signs, I should get through.” If successful, the £30,000 will be split £10,000 each between the three London charities but Gavin also wants to raise the profile and money for three children’s medical charities on his route. “We are joining up with Litewska in Warsaw who will open their children’s hospital there in the autumn. I’ve also an invitation to the largest Children’s hospital in St Petersburg, the so-called No 1. And we are working to raise awareness of the great work done by Theatre Kukly who run interactive theatre with children who are disabled or ill in St Petersburg. It’s great to be able to link up these charities all trying to do the same thing for kids!” 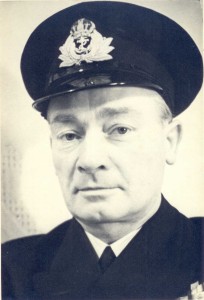 Gavin has reasons for making this trip to St Petersburg beyond his need to raise money. His grandfather Rodney Pearson Tiffin saw service with the Artic Convoys that delivered vital food and other supplies to Russia during the height of the Second World War. His grandfather was awarded the Artic Star posthumously in 2014 in recognition of the debt owed to the Royal Navy and the faithful service of the sailors who made those bitterly cold and dangerous trips. Gavin returned to St Petersburg to remember their sacrifice. His efforts to push himself to the limit both physically and mentally bring an echo of their bravery and commitment to our freedom.