­
Previous Next
The Jubilee Line

For those who live, work or visit Bermondsey or Rotherhithe, the Jubilee line has transformed the public transport offer. Connecting in one direction with London Bridge, Waterloo and Westminster and in the other with Canary Wharf and Stratford International, it provides a key link for the SE16 area. Using the river crossing between Canada Water and Canary Wharf, and linking at Canada Water with the London Overground orbital rail network, has made SE16 a key transport hub for London. Since the Jubilee Line Extension opened in 1999, the presence of two Jubilee line stations in SE16 – Canada Water and Bermondsey – has made the community much more accessible and opened it up to a range of new influences. Providing a single route SE to NW across London, the Jubilee line is a key part of life in SE16. 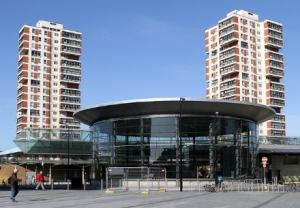 The original Jubilee Line started in the West, using part of the old Bakerloo line, and only reached as far as Charing Cross in central London. The extension to Stratford in East London was the result of extensive transformation of the dockland area and the need to link the growing population and emerging economy to the rest of the capital. The new extension entailed building ten new stations each with the distinctive platform edge doors and of course the tunnels to link them. Both Canada Water and Bermondsey stations were built as part of the extension reflecting the concern for natural light, silvered steel cladding and bare concrete structures.

Today the line carries well in excess of 213.5M (figures from 2011/12) passenger journeys and is the third busiest on the network. The work on Bond Street to accommodate the huge expected rise in passenger numbers due to the arrival of Cross Rail in 2017 is currently in the midst of delivery. It is due to open to Jubilee passengers again in early December. A new signalling system that allows trains to safely operate within much closer distances than before was installed in 2010-11 and has already allowed the line to increase trains from 24 an hour to 30 an hour. By 2020, TfL expect to run trains on the Jubilee line every 100 seconds (36 an hour) at peak times. 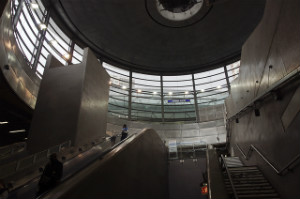 The increase in population in the SE16 as more high rise developments come into use will stretch the capacity of these new stations. Increased numbers have so far been managed by technical and rolling stock improvements such as the upgrade in 2005 from 6-car trains to 7-car ones. The plan to open the line 24 hours a day on Saturdays and Sundays from 2015 will add still more capacity to the line but this will still not keep up with the level of demand on TfL’s silver line. Passengers will continue to face some journeys that will be stuffy, crowded and uncomfortable at peak hours despite the amazing increases in spaces available.