The Night before Christmas

­
Previous Next
The Night before Christmas

The West End is coming to Bermondsey this Christmas! A new theatre company Different Breed have produced The Night before Christmas by Anthony Neilson especially for their Bermondsey venue – the Bottle Shop in Druid Street. This hour-long anti-panto starts when an Elf (played by Glenn Hanning) breaks into Gary’s Warehouse and gets all tied up with Gary (Tim O’Hara) and his friend Simon (Chris Harper). I asked Tim – who lives locally – to explain how the show came about. 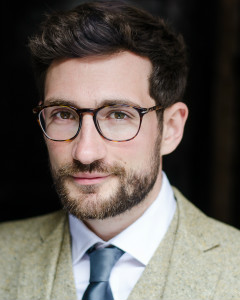 “The company emerged from working with friends Sarah Henley (who directs the show) and Michelle Luther (who plays Cherry) and we decided to do something over Christmas that would both work well for local businesses but also promote the area we know to be amazing!” Tim was seated on a high stool in a coffee bar not far from SE16 (!) and had been learning his lines before I arrived. “We wanted to make the West End more accessible to the local community. It’s also a chance to be more creative and take some risks in a way you just can’t do with the big productions of the West End. I think site-specific, affordable theatre like this is the way forward rather than the block-busters that demand huge casts and sets and sell at equally huge prices!” 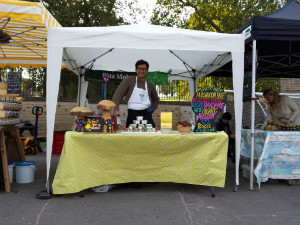 I asked Tim how he’s come to think of this show for Bermondsey. “Well first I suppose is that I live opposite the railways arches that we will be using. The piece happens in Gary’s Warehouse so that seemed a great way to link up with the arches. It also has a cast of working class characters and we wanted to ensure local beers and food were on sale. I ran a mushroom pate stall for ten years in Borough Market and know lots of the local people and area from then. It’s become a passion of mine to share the brilliant vibe of Bermondsey with more people.”

Tim tells me that his father was a TV chef in Sicily and so theatre and food seemed to be in his blood from the start. Brought up in Bristol, he only met his dad at 16 and immediately became fluent in Italian. Tim went on to the Central School of Speech and Drama in Swiss Cottage and then spent ten years managing the stall in Borough Market whilst finding theatre work where he could. Success blossomed and now his career includes playing in Shakespeare in Love at the Noel Coward Theatre (directed by Declan Donnellan), Smith in Sherlock Holmes (2009) for Elementary Productions (directed by Guy Richie with Robert J Downey Jnr and Jude Law) and the lead in five of Edward Bond’s plays including The Testament of This Day (BBC Radio 4) and Chair (Lyric Hammersmith) as well as appearing in the BBC’s Casualty. Now Tim is preparing to join the cast of The Mousetrap at St Martin’s Theatre in 2016.

“…I think site-specific, affordable theatre like this is the way forward…” 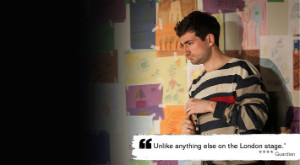 “Sarah and I were so determined to produce this play that we both swam a sponsored 10km stretch of the River Dart to raise the money for the rights to the play. We want the play to really inspire local young people so we are performing on 18 December for Young Roots, a charity working to help young refugees realise their potential. We’ll hold a pub quiz, present the play and then hold a charity auction all to raise money for their great work. And we’ve offered some free tickets to the Salmon Youth Centre. We’ve been able to find some rehearsal space upstairs at St James of Bermondsey too which keeps it all really nearby.”

Next on the bill

Tim went on to outline the company’s plans for the next production. “We’re looking into creating a new piece of theatre perhaps as a walk in the open air. Maia – one of the team – is currently researching how that might work looking at the area’s past. But it’s still early days on that one. At the moment we are putting all our effort into getting the Night Before Christmas ready for it’s first performance on 5 December – less than a month away now! On the Saturday nights we’ve teamed up with some incredible comedy acts to complement the performances.

The Night Before Christmas 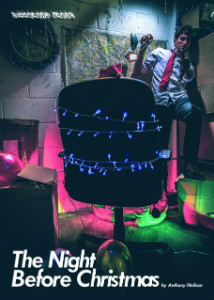