Why are our pubs closing?

­
Previous Next
Why are our pubs closing?

Pubs were once the social centres of Bermondsey and Rotherhithe but all that seems to be changing. The British Beer and Pub Association estimates that about 30 pubs are closing each week across the UK. The closures in SE16 are legion and the blame is passed around from the high taxes on beer, competition from supermarkets selling cheap alcohol and changing demographics. So what’s the truth? Where have all our pubs gone? 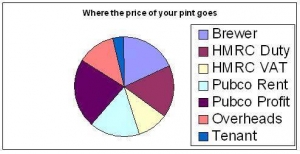 Some point to the rise of a different sort of beer – craft beer, made in small independent breweries, some of them in Bermondsey itself. Most of these microbreweries offer their customers bottles to take home or sell their kegs to specialist outlets; the volume they make just doesn’t lend itself to mass consumption on the scale once enjoyed in London’s pubs. Others see the rise of cheap alcohol and home drinking as the culprit; many more people now buy their drinks – more wine than beer – at supermarkets where prices can be slashed and then choose to enjoy their glass or pint in the comfort of their own home. 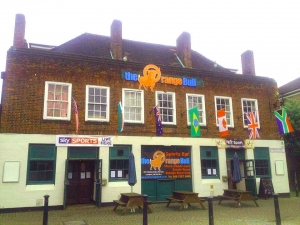 “It’s true,” says Andy Large of South East London Campaign for Real Ale (SE London CAMRA), “many communities now see a rising number of people drinking alcohol at home. But it’s a question of chicken and egg here. Does the loss of local pubs mean that it’s just not convenient any more to go out to drink? Or has the move to drinking at home driven the closure of pubs?” Andy though points to other sources of the decline. “The rise (and decline) of huge anonymous chains of pubs – or PubCos as they are known – has led to inflated wholesale prices for beer – up to 75% mark-up from the PubCo supplier – anodyne fittings and the sale of even profitable pubs for development.”

“In London, the pub losses are primarily the result of the extraordinary rise in property prices resulting in mass sales by PubCos desperate to raise capital to service their debts. Private individuals have also rushed to take advantage of lax planning controls to convert their free house to residential use before the opportunity eludes them. Some have been sold on to be supermarkets or restaurants; others have become bistros and chic bars with high prices and niche markets. Nearly always however, they have private residential accommodation above to make the deal profitable.”

“…The successful pubs often appeal to tourists or visitors…” 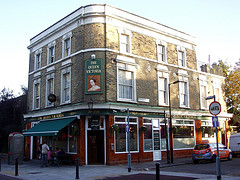 The pressure on local pubs is one aspect of the loss of our markets and high streets more generally. There is nostalgia about life in our high streets and in our pubs; it harks back to an era before global financial markets and the internet. We need to be bold enough put such sentimentality behind us. We must recognise that local businesses will only flourish again if we find the people and money to invest in them, routinely support them by spending our money with them and build our community around them. We all want to see local independent pubs thriving on the depth of community engagement they gain from being well-used at all times of the day. 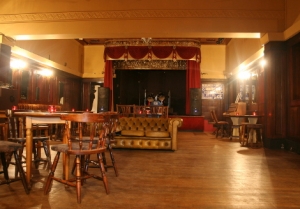 The Ivy House in Nunhead South East London was the first to buck the trend and reopen as a cooperative in 2013. It was closed and sold in 2012 but a determined group of residents got to work and had the interior Grade II listed. The Ivy House was the first to be listed an Asset of Community Value (ACV) by Southwark Council in October 2012. The steering group gained financial support from grants and loans and negotiated the sale from the developer. They reopened the Ivy House as a working community pub in August 2013. Their story is told on their website; similar stories have now been told in other parts of the country.

In SE16, our national and regional policies all place a duty on the planning authority – the London Borough of Southwark in our case – to ‘protect, retain, manage and enhance’ valuable public houses (London Plan). But the right of the planning authority to interfere with the owner’s purposes for the property is limited. The Council must ‘plan positively’ for all pubs and must safeguard existing pubs as community facilities. What they cannot do is tell the owners what they should do with their own property. And this is where the tension for local authorities arises. 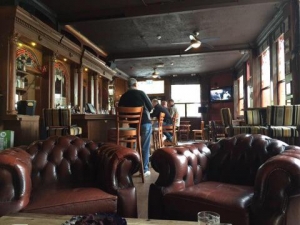 In SE16, we have numerous pubs that already have gained planning permission to redevelop – like the Ship York or the Golden Lion and the Jolly Gardeners – or are left empty (or squatted) awaiting the right application to the Council – like the Little Crown, The Albion and The Compass (aka Pizza Lounge). Others again are struggling to survive in a day when so few use their facilities and hence the independent owners have little incentive or capital to invest in updating the premises. The successful pubs often appeal to tourists or visitors; many like the Mayflower or the Salt Quay are owned by the PubCos leaving the landlords with precious little return on their efforts. The Caulkers of course has been successfully transformed into a kitchen and bar the yellow house, owned and run by two locals. Most of the successful pubs in SE16 are already owned by PubCos – for example The Angel (Sam Smith’s), Blacksmiths Arms (Fuller’s), The Ship (Young’s), Moby Dick (Fuller’s), Ship & Whale (Shepherd Neame), Mayflower (Greene King), Salt Quay (Greene King). Some PubCos are also brewers – such as Shepherd Neame, Greene King and Fuller’s – and so sell their own beers through their pubs but an increasing number of PubCos – such as Punch, Enterprise and now Young’s – are only holding the property and taking the profit with no interest in brewing at all.  The remaining independent pubs that succeed have a strong local tradition of support from their community, especially around The Blue. The message is “Use them or loose them!” 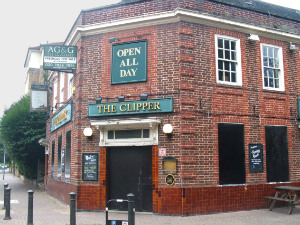 The recent campaign by the community to Save The Clipper has highlighted the swift loss of pubs in SE16. Many people want to see the diversity of pubs and other community facilities retained and have come out in favour of ‘retaining, managing and enhancing’ The Clipper. But the reality remains that pubs are under incessant pressure. The next few years will certainly see more pubs close but their future lies both in the hands of their customers and their owners. If we as a community support our independent public houses, they will have a hope of resisting the onslaught of property developers, PubCos and the supermarkets.