­
Previous Next
Winsome Duncan and MPloyMe

Winsome Duncan is an inspiring figure. Pulling on her boots and chatting at the same time, she puts me at ease whilst her colleague Jane helps with a coffee for us both. Winsome – who is known as the Credit Crunch Queen – has spoken and written about how to tackle the human and financial sides of the economic downturn. She is one of those social entrepreneurs who wears her passion on her sleeve but she is not one who talks down to people in crisis. She’s been there herself, so she knows how it feels to be patronised!

“…she offers tips on employability and shares her own life experience to help people make savvy, cost-cutting savings…” 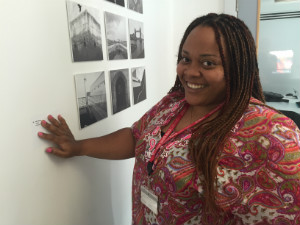 Winsome has her recent roots in Bermondsey having moved from a hostel in North London to Southwark social housing in 2000 and settled on an estate on the Old Kent Road. As a single person new to the area, she used her energies to hone her creative skills and as Lyrical Healer she linked up with poets and singers across South London. Her poems feature on CDs and she earned real money from her gigs; as a result, she self-published her first book The Food Spiral. Whilst setting up her first company The Healing Factory, she was on a low income and learnt in practice the insights she now shares with her readers and audiences. She performed in the Houses of Parliament, Barclays Headquarters, Arsenal/Millwall football stadiums and the Royal Festival Hall.

“…In 2007 Winsome won the Southwark Culture Award and again in 2014, she was named Best Emerging Talent by Southwark Arts Forum…” 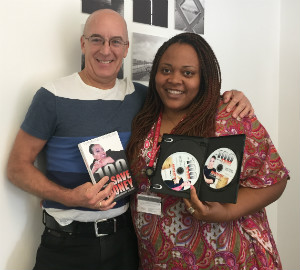 Empowering back to work

Today, Winsome works with a huge range of people at different stages in their lives. Some have been made redundant and need her support to get themselves back to work – for someone else or for themselves. Others are just starting out on a career, young people with no real direction and Winsome can help them to recognise their passion and gain the skills to create their own future. Having set up her own businesses, she is often called on to inspire others to reach their potential in life. 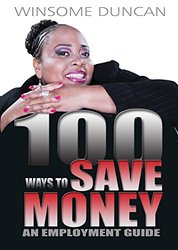 Save money and gain confidence

Winsome’s most recent book 100 ways to Save Money – the fifth from The Healing Factory – provides a road map for making something out of nothing. Aimed at people who are wanting to find a job, she offers tips on employability and shares her own life experience to help people make savvy, cost-cutting savings. She goes on using the creative arts to make learning fun and memorable and encourages charities working with unemployed young people, ex-offenders and vulnerable clients to shape their work to boost people’s confidence and encourage them to build on their gifts.

Winsome has regularly run workshops in SE16. Her clear and personable style has won her fans from many quarters and she has worked with Salmon Youth Centre and with London Bubble to create lively learning experiences for local young people. Indeed, she remembers her job at Bubble as ‘the best job ever’! In 2007 Winsome won the Southwark Culture Award and again in 2014, she was named Best Emerging Talent by Southwark Arts Forum. She loves working alongside local charities and encouraging people to function within their passion and purpose.

Over the last few years, she has worked with people who now have impressive careers across the world. Her businesses continue to flourish and Winsome hopes to be able to move into office space of her own soon. At the moment, she works with her four part-time colleagues from shared offices in Waterloo but she’d love to use the strength of her brand to become an inspirational speaker around the world. The sales of her five books continue to gain her a new public and she wants to reach out to a wider audience still, through licensing trainers in her material.