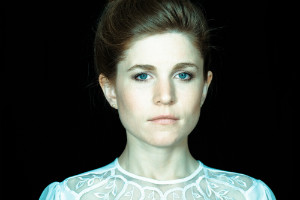 You are invited to an evening party happening at Sands Films and Tunnel Wharf in Rotherhithe village next Saturday (25 July). It’s the London premiere of the short film I’m in the corner with the bluebells but more than that it’s a combination of film, live music, DJ, installation art, food and a riverside bar. And it all goes under the title of Yellow Summer Party. The event is a culmination of several months’ work by Alice Bird born-and bred local actor and producer. I caught up with Alice at her flat in Rotherhithe and began by asking her where the inspiration for the film came from.

I felt this was the time to celebrate strong young women in the arts. 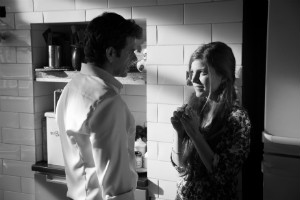 ‘In 2013, Ako (Mitchell) and I were knocking ideas around and we thought it would be interesting – if hard – to write a piece about genetic sexual attraction, when two people who share genes and meet for the first time later in life are drawn to each other. We were both new to writing so just let instinct guide us. I wrote reams of pages and emailed Ako new ideas each morning whilst he sculpted them into more cohesive formations. We created the film together sharing writing, producing, directing, editing and acting roles. The story is about Julie – whom I play – and Ricardo (Alberto Maneiro) who are half-siblings. The two meet for the first time as adults at a family gathering. We shot it around here on an absolute shoestring using South Bermondsey station platform and the beach in Rotherhithe. I wanted to focus on the story and characters rather than the size of the budget.’

I love Rotherhithe more every day!

So how did the film go down when you brought it to the screen? Did people like it? 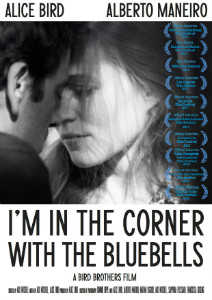 We couldn’t be more happy than to have the world premiere at the Toronto International Film Festival in September last year. It cost us all more to go there than to make the film itself, but what an experience! It won Best Director at the Miko Festival in the Amazon and went to ten other festivals including Nashville, Bahamas, Los Angeles, Tenerife and Kansas City. The film had its UK premiere at the Sunderland Shorts Film Festival earlier this month where it won Best Drama. ‘Bluebells’ is a home grown film that doesn’t conform to the usual 15min short slot at festivals so we really are chuffed that it’s had such a globe-trotting life. This Rotherhithe London Premiere is like a welcome home party and we hope locals can come and raise a glass with us.’

We shot it around here on an absolute shoestring

Why this summer party in Rotherhithe? 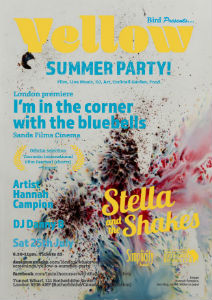 ‘Well the Party is a way of giving back to my community. We wanted to show the film in London and the Sands Cinema is just such a special location, it made sense to bring the showing home. When I discovered Hannah Campion was available to create a piece of installation art for the evening and that the ground floor office in Tunnel Wharf was free between lets, I felt this was the time to celebrate strong young women in the arts. Stella and the Shakes will also perform and we’ve got DJ Danny B playing some tunes. Laurence from Simplicity will be cooking up a paella or two for the night and the Southwark Brewing Company are supplying the beer. It should be a great night!’

Listen to the colour of your dreams!

And why Yellow then? What’s so yellow about a party in Rotherhithe? 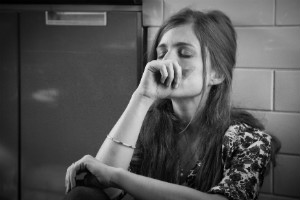 Well it all came to be after getting loads of yellow input one day, I just woke and knew the party had to be yellow! It’s a bit bonkers but that’s what the party is, a bit different in a place I love so much. I love Rotherhithe more every day! Close to the city, with loads of little gems hidden away. It’s just blossoming at the moment but it’s not been too commercialised at least not yet. Looking out across London, it’s extraordinary to have a beach at your feet! I’ve lived here all my life and in this flat for the last twelve years; I love it so much and just wanted to give something back. As the Beatles wrote: Listen to the colour of your dreams!

The Yellow Summer Party is coming to Rotherhithe this Saturday (25 July) starting at 18:30 to 11:00 sharp