We know that there are always conflicts in everyday life. Parents and children fall out, a friendship reaches breaking point or neighbours fight with each other. Conflict does not need to be destructive and indeed can offer a chance for positive change to happen. For young people, learning how to mediate in disputes can offer huge gains for them in their school life, in their career and in their relationships too. At Bacon’s College in Rotherhithe, Southwark Mediation Centre offers sixth formers the chance to run their own mediation service and it’s been amazingly successful. 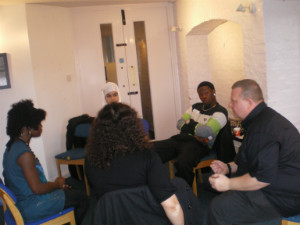 “Mediation is a process where two people in conflict are helped by a third (or fourth) to define the issues between them, talk in a safe setting about possible ways forward and if they can, helped to reach a lasting agreement,” explains Dave Walker the Coordinator of Southwark Mediation Centre (SMC). SMC has been going since 1986 and has been supporting a peer-mediation service at Bacon’s College since 2006. The centre is independent and impartial working with referrals from housing and adult care services, from the police and anti-social behaviour unit as well as community wardens. “We trained eighteen young people from Bacon’s College aged 17-19 for a week to operate their own mediation service in the school. As young mediators they deal with fights, cases of bullying, ‘fallings out’ between friends and pupils returning to school after exclusion. They have proved that using this approach reduces the time excluded pupils are out of school and can mediate a peaceful return.” 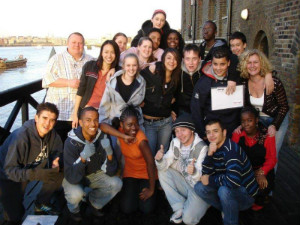 Since the project was set up at Bacon’s – with the support of the then MP for the area Simon Hughes – the SMC has seen the number of referrals of conflict between young people and others in the community grow. As a result, Dave now calls on the experienced peer mediators from the school to ‘join forces’ with adult mediators from the Centre to work outside the school on such cases coming from estates across the Borough. Once the opportunity had been discussed with their parents or guardians, several young people joined an adult mediator in working with conflicts in a community setting as well as in school. “The truth is,” says Dave, “the teenage mediator has a powerful effect on the mediation. Young people are always being told what to do by adults but young people entering mediation with a teenage mediator often feel their needs are being met more adequately. And the adults involved too are unfailingly impressed at the skills and capacity of our young mediators.” 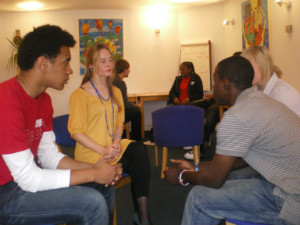 When teenagers fall out – and adults too – they get to a situation where neither side wants to stand down and lose face. The conflict goes on escalating and soon in a school setting one or more of the pupils are excluded. For adults, there comes a time when the police or other authority gets involved. The mediation service offers a voluntary option that both sides have to be willing to use to explore how the conflict can be reduced and perhaps eliminated. Being able to address the issues head-on allows pupils to be more honest; they know that their peer mediator has no power over them and that the sessions are held in strict confidence.

“…they deal with fights, cases of bullying, ‘fallings out’ between friends and pupils returning to school after exclusion…” 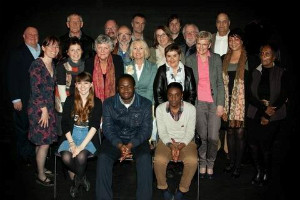 “Our partnership with Bacon’s College has lasted nine years now. It has been a great success both for the peer mediators and the whole school. The whole-school approach has seen improved communications and behaviour amongst pupils and the mediators have certainly developed their leadership and social skills; many have gone on to use their mediation skills in the workplace. For those going on to university, mediation makes them stand out for the top places and the leadership team in the sixth form is increasingly drawn from peer mediators. For the teaching staff, this is a way of supporting adult behaviour at all levels of the school. We know that other schools would benefit from using the Bacon’s service to handle situations where levels of conflict are high and especially where pupils have been excluded. We are proud of the eleven national and international awards the service has gathered over the years and we hope that we will be able to celebrate many more years of mediation at Bacon’s.”